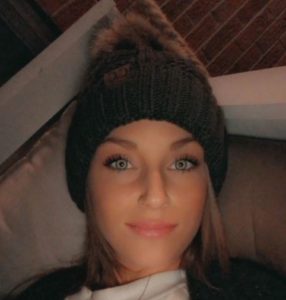 Chelsea Day is a professional street racer,\ who starred in Discovery’s show Street Outlaws. She comes from a family of racers so she has it in her blood. Besides being a lover of cars, she is also known for her skillset on the race track and has won multiple competitions.

Delve into this Chelsea Day Wiki to learn more about her age, weight loss, and details on her marriage and kids.

Chelsea Day promoted the Discovery’s show Street Outlaws for the first time in December of 2017. According to the show’s bio, racers boast of having the fastest street cars in the country, and the racing, they say, comes first — before family, before friends, and before work.

The show first aired in 2013 and had over 140 episodes. On the show, Chelsea earned prominence as wife of Joshua Day and sister of Precious Day.

Chelsea Day turned 27 years old in January 2021. She celebrates her birthday every year on 12 January.

Chelsea Cooper Day was born to her parents Ricky Cooper and Sara Cooper in her hometown of Joiner, Arkansas, United States. Not many details have been shared with her parents. Going by her posts, she was very close to her father, Ricky. The father and daughter duo bonded over their shared love of fishing.

Other than that, no further information has been divulged regarding Chelsea’s mother and father.

One of two daughters born to her parents, Chelsea is the younger sister to Precious Cooper. At the start of her street racing career, she helped her sister out in her races.

Chelsea Day had put on some considerable weight after getting pregnant with her two kids. But, after her giving birth to her youngest daughter, she went on the mission to shed weight. She was successful enough to lose at least 25 kilograms and now she weighed not more than 62 kilograms (136 lbs).

The Arkansas native tattooed ‘Each day is a gift, not a given right” on the side of her stomach which happens to be her distinct features. She stands tall at the height of 5 feet 6.5 inches (1.68 meters).

Chelsea Day’s estimated net worth is to be around $400 thousand.

It appears that Chelsea Day might have acquired her passion for cars over five years. But, she prepped for the racing career while her sister was already knee-deep into the world of street racing.

Chelsea purchased apparently purchased her first car, a red Camaro in 2013. That was the first car that she flaunted on her Instagram. It was her race car with which she competed in several events.

On the track, Chelsea earned fame as Chelarilla, she also has a turquoise car she named TomKat with which she won few other races. She not only raced but also performed stunts with her car. Chelsea also had 69 Camaro, 2001 Pontiac Trans-AM, Acadia GMC in her car collection.

Talking about her academic qualifications, Chelsea attended Rivercrest High School. She studied nursing at Arkansas Northeastern College. Furthermore, she joined the University of Arkansas Community College at Batesville where she studied nursing from 2013-2015.

Chelsea Day and her husband Joshua ‘doughboy’ Day started dating each other a while back. They got engaged on 13 September 2015 and married only 7 days later on 20 September 2015, according to Chelsea’s Facebook.

Moreover, Josh also tattooed the date of the wedding along with the name of his wife Chelsea on him.  The married couple welcomed their son Kamden on 19 June 2015. Kamden turned 6 years old in June 2021. They also have a daughter named Novaleigh who was 4 years old as of this writing. 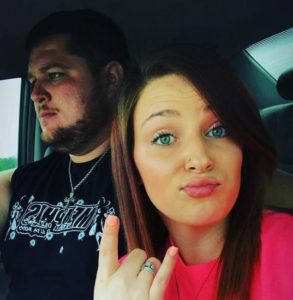 As well as sharing two children, Chelsea and Josh also have a dog named Bane who joined the family in 2017. The married couple will celebrate their 6th wedding anniversary in September of 2021.

Talking about her husband, Joshua Day is also a Joiner native who attended Lake County High School. Doughboy was missing from Discovery Channel’s Street Outlaws and fans took notice of it. In a Reddit thread, a user shared that Joshua had involvement with legal issues that didn’t allow him to star in the show.

However, cast member JJ Da Boss shared that Joshua had injured a disc in his back hence he didn’t appear on the show.