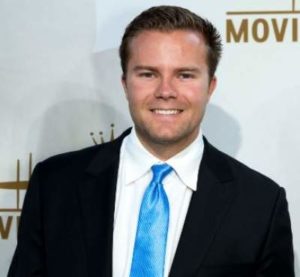 Cody Gifford has constantly been in the news either with stories surrounding his mother, Kathie Lee Gifford, a television presenter, singer, songwriter, occasional actress, and author.

Circa Sept 2020, he made headlines, bigger and bolder than ever, getting married to his long-time beau!

With an abundance of blessings coming to his and his beautiful bride’s way, people want to know about him, more than ever.

So, here’s everything there’s to know about the Gifford heir. 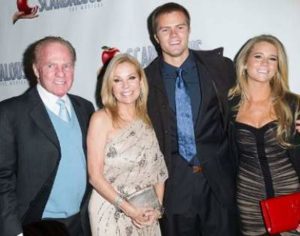 Cody is the older brother to his sister Cassidy Gifford. While he is the younger half-brother of Kyle Gifford, Jeff Gifford, and Vicky Gifford Kennedy.

He is married to his college-sweetheart turned wife Erika Brown. 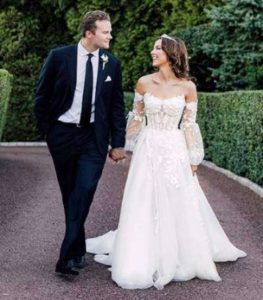 They exchanged vows at some time in early September in 2020.

What Does Cody Gifford Do?

Cody Gifford is the founder of the Gifford Media Group. In the company, as a producer of film, television, and new media, he has sold, developed, and executive-produced content for some of the world’s big brands including HBO Films, Warner Bros. Television, MGM, and the Hallmark Channel.

Moreover, he is also a media consultant and a Black List-featured screenwriter represented by the Agency for the Performing Arts in Beverly Hills.

Not to mention, as a private investor Cody serves as a partner and advisory board member working with the companies including Tate Technology, LLC. (Tate Technology is an energy and material science think-tank in partnership with the U.S. Department of Energy formulating solutions to the destructive neurological effects of traumatic brain injury).

Lastly, according to his FILMMAKERS bio, Cody serves in the position of an advisor to Boston University’s Concussion Legacy Foundation.

What Is Cody Gifford Net Worth?

Thus far the journey, Cody Gifford’s estimated net worth is around $2.5 million. While at the time, his annual salary, as well as income sources, were under review.

Cody Gifford wanted to be in the 1999’s film Big Daddy, but his mother rejected the role after reading the script. Maybe that was for the best for someone who rather enjoyed taking more of a behind-the-scenes role in the TV and film industry.

Cody had started out on his career as a script reader at Ridley Scott’s Scott Free Productions before moving on to Twentieth Century Fox as a writer’s assistant.

More to his riches, Cody must have inherited some part of his late father Frank’s $60 million (he died in August 2015 at the age of 84). Following his demise, it was reported he left the majority of his fortune to his wife of 30-years and their two children Cody and Cassidy.

The NFL footballer’s will named Kathie as the executor of his properties, with reign over what to give their children.

Among the estate was also a Greenwich waterfront home of worth $22 million, and a Key Largo property worth a further $2.5 million.

Out of the total estate, about $2 million was to be divided up between Frank’s three children from his first marriage.

The will state Kyle Gifford lies in the Greenwich house that Frank initially shared with Kathie and their two kids Cody and Cassidy.

In the meantime, according to celebritynetworth.com, Cody’s younger sister had in her name a net worth beyond $10 million.

While it was reported at some point in 2018, that Cody’s NBC News correspondent mother, received an annual salary of around $2 million and that she owned a $30 million worth fortune.

Randy Cronk is an insurance agent hailing from Spring Hill, Tennessee. As of 2020, he was serving as the...