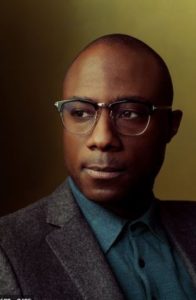 Barry Jenkins is an unapologetically black filmmaker. His nuanced take on the African-American experience, either past or present, is a breath of fresh air — especially considering how white-washed Hollywood is.

As a young filmmaker Barry Jenkins created a buzz with a shock flick entitled “My Josephine.” However, it was his directorial 2008 feature film debut “Medicine For Melancholy” that placed him on the proverbial map.

Working with A24, Barry co-wrote and directed “Moonlight,” often considered his magnum opus. Although nominated for both Best Director and Best Adapted Screenplay awards at the Oscars, he only won the latter.

“Moonlight” won the Best Picture honor at the 89th Academy Awards — making Barry the second black director to do so.

Barry’s follow-up project “If Beale Street Could Talk” was received well by fans and critics alike. Oscars and Golden Globes nominated him and the film for several laurels.

Combined, “Moonlight” and “If Beale Street Could Talk” grossed over $85 million in box-office collection worldwide. No wonder, Barry’s net worth crosses the seven-figure threshold with ease.

Set in Florida, “Moonlight” directly draws inspiration from Barry Jenkins’ childhood. The filmmaker even admitted the film was a semi-autobiographical work.

And because the lead (and his partner) in the movie is gay, fans concluded that Barry was the same.

For his part, Barry refuses to acknowledge the baseless rumor about his sexuality.

By everybody’s account, Barry Jenkins appears to be into ladies. A gentle creature, he – at the time of writing of this article – remains unmarried and without a wife.

The two began dating in 2018 but the romance didn’t enter the public circuit until 2019. January that year, Barry and girlfriend Lulu at the Sundance Film Festival. 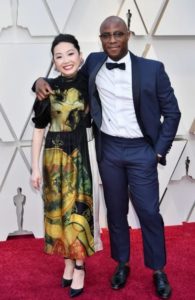 Born in Beijing, China, and raised in Miami, Florida, Lulu Wang rose to fame by directing “Posthumous” and “The Farewell.”

According to his date of birth, Barry Jenkins turned 39 years of age on 19th November 2018.

At age 12, the revered filmmaker lost his father, who had disclaimed him and left his mother. Also, a native of Liberty City, Miami, he has three older siblings.

Often in his interviews, Barry reflects on his upbringing with an air of disdain. Admittedly, poverty severely impacted his outlook on the world.