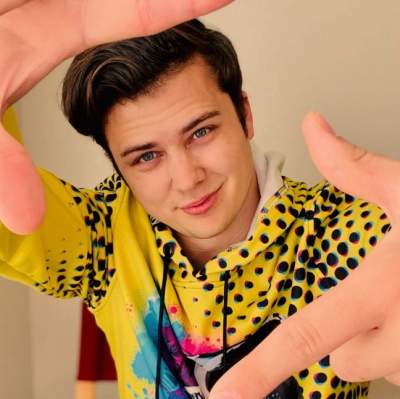 Following the TikTok drama, TikTok star Nick Ray, who goes by the username Ucnick has deactivated his social media account. Here’s why!

Ucnick drama as they now call it, started on TikTok when another TikTok content creator Brandy Renee came forward and made sexual harassment allegations against him on May 27, 2021. Soon, two other girls (18 and 20 years old) came forward and explained that they have been also harassed by Nick.

All of them shared their separate stories on TikTok. Shortly, it became viral on social media platforms.

The next day, Brandy tweeted as of the date she cut ties with Nick. She explained how Nick, since Nov. last year, continued to sexually harass her, asked to make “sexual” content for his OnlyFans, and used his clout over her as a manipulative tactic even after she said no several times.

Following this, Nick broke his silence via TikTok, the next day. The content creator actually admitted that everything that was being said is true. But, he also insisted that all the conversations that he has had with Brandy were consensual. Providing proof to what he said, Nick alleged that he had shown the messages shared between him and Brandy to his parents, and even they thought it was consensual rather than harassment.

Lastly, he apologized for his behavior and even promised to seek the needed help. Still, however, fans were not impressed with the apology.

In the meantime, he deleted his TikTok account because his videos kept getting taken down and said he will not be back “for a while.”

Previously, Ucnick’s homophobic video and comments drew backlashes on social media. Some Twitter users were disappointed how despite apologizing his actions would not reflect the words. Meanwhile, Ucnick continued to make the “People assume I’m gay because I cosplay” kind of comments.

Born as a Cancer, Ucnick celebrated his birthday every year on the 19th of July. Also, he reached the age of 21 in 2020.

Currently (2021) an inhabitant of California, in the United States, Ucnick comes from a family of five. His nationality is American.

He grew up with two siblings. But, he mentioned them or his parents on his online audience only on rare occasions.

Few more days later on the Ucnick drama and Ucnick was had an estimated $150K net worth with him.

Clearly, Ucnick made most of his living from the social media earnings. But, following the drama, he is no longer connected to his nearly three million followers on TikTok. He also no longer had his Instagram account where he used to boast a large fan following. He was just as much active on both platforms.

The TikTok star was known for content that highlighted his acting as well as cosplaying skills. He started sharing videos on TikTok in Nov. 2018 mainly with lip-synched sketches.

The wannabe TikTok sensational then ventured into viral videos with challenges including the tumbleweed and ice cube cup challenge. He posted daily on the site and soon became a hit.

As ‘Nick Ray’ he could also be found on Patreon which is a membership platform that makes it easy for artists and creators to get paid. He charges $3 a month, $9 a month, and $25 a month for different membership levels Spider-Man Patron, All-access Patron, and Deadpool Patron.

Also for those, who want to support him by directing paying him, there is this cash app link: cash.app/$ucnick.

Until May 2021, Ucnick was still a student at Fullerton College, which is a public community college in Fullerton, California. Just so you know, he is a Film & Theatre student at the institute.

While Ucnick highlighted information as such on his Twitter bio, he is yet to share his dating life-related scoops with the world.

A self-proclaimed “straight man”, Ucnick never before spoke of having a girlfriend.

He launched an OnlyFans profile which now seemed to have been deactivated as well. In the meantime, his introductory lines in the bio read: “I DONT DO NUDES!!!”