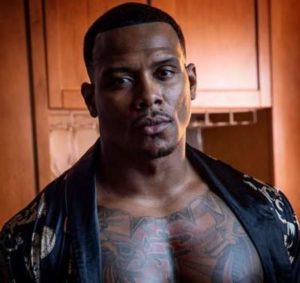 We know, you knew the thirteenth season of The Real Housewives of Atlanta premiered on December 6, 2020. But did you know, the season is bringing in a stripper after the infamous “stripper gate” scandal.

So, it’s the male stripper with B.O.L.O. The Entertainer we are talking about.

Here are all the exclusive facts you need to know about him.

Clearly ‘BOLO The Entertainer’ is only the stage name he is famous as. Otherwise, his real name is Michael Bolwaire.

So, Michael was born in his hometown of Cleveland, Ohio, and he later lived in Atlanta, Georgia.

Speaking of his family, BOLO shares a very close resemblance with his father. And it seems he also has an older sister. Around October in 2020, he lost his beloved mother. Paying her an emotional tribute on Instagram, he had, at the time, mentioned her as the brains behind his brand ‘BOLO The Entertainer’.

Hinting on a not-so-good upbringing, he also wrote— “SHE FILLED THE VOIDS OF PARENTING, THAT I FELT I MISSED OUT ON IN MY UPBRINGING.”

Before this, in Aug. 2019, he shared with his fans on Instagram that the “Johnson’s” took him in years ago and treated him as if he was one of their own. Thanking “MOMMA, POPS, JUBY, AND SONNY,” this exactly an excerpt from what he wrote— “THEY FED ME, THEY SHELTERED ME, THEY SUPPORTED ME AND MOST IMPORTANTLY THEY PRAYED FOR ME AT THE HARDEST TIMES OF MY LIFE!!!! I COULD NEVER REPAY THEM FOR THE AMOUNT OF LOVE THEY GIVEN ME… SO MY PROMISE IS ALWAYS TO GIVE LOYALTY, AUTHENTICITY, AND HONOR TO THEM…”

BOLO The Entertainer, in his chiseled and exceptionally athletic physique, stands 5′ 11″ tall in height and a lately reported weight of less than 100 kg.

Tall, dark, and handsome, BOLO a whole map of tattoo carved on his chest and arms. He appears to mostly sport a classic goatee-styled beard and a buzz-cut hairstyle.

BOLO The Entertainer is a model and dancer who rose to fame appearing on the reality show Vivica’s Black Magic as part of renowned actress Vivica A. Fox’s all-male exotic dance group.

Before he became a reality television personality or an actor, he trying to find success as a YouTuber sharing his dance moves.

It was only in 2016 that he made his acting debut in the movie Chocolate City: Vegas and also appeared on Chocolate City 2: Vegas. The next year he joined the cast of Kinky. Sometime around, he landed a notable part in Lolita Snipe’s hit stageplay, Head Over Heels.

For over a decade, Michael performed all over the country and abroad, and today he is one of the most sought-after dancers in the world.

And, at this rate, he is no doubt going to be a household name, especially after his RHOA stint.

About his appearance on RHOA, one of the show’s housewives Porsha Williams was shown asking BOLO to come back to the house to hang out and “just party”. BOLO, meanwhile, seemingly agreed to go to the bachelorette pad, as long as the cameras stopped filming for the show. This been said, the rest of the plots were due for the upcoming episode.

Anyway, BOLO The Entertainer, who created a clothing line – (Bo’Wear), a bath and body line (Bo’s Bath and Body Signature collection), and other personalized merchandise, was estimated with a net worth of almost $1 million before Feb. 2021.

However, both Porsha and Tanya have persistently denied the rumors. And, BOLO too has denied his involvement. The Bravo entertainment hired him for the night of the “strippergate.” Other than that he denied being a part of anything more. In October 2020, he had taken to Instagram to clarify the flaring gossips. His words were— “To whom this may concern. I am not just a stripper. I’m the stripper. I built an entire brand off of professionalism. It doesn’t just stop here. I got fans, followers, and supporters who can attest to that. The rumors and allegations going on right now are straight bulls***. Although I’m flattered to be included in the same conversation as those beautiful women, nothing happened. Again, nothing happened.”

All that being said, the fans’ queries concerning his relationship status, if he has a wife or a girlfriend, or any kids, remained unanswered.

0 Replies to “BOLO The Entertainer Wiki: Net Worth, RHOA, Height”