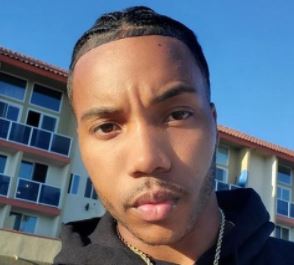 Featured over Temptation Island season 3, Kendal Kirkland is the name that came attached with his girlfriend of over 2 years, Erica Washington.

The show this season followed four couples whose love would be “tested” by other 12 guys and 11 girls. And this was also the reason Kendal wanted to join the series — to explore if there were any possibilities out there. But to Erica, she wanted to be in the show to get engaged and prove their love.

So, while the couple struggled to find a common ground, only time remained evident what was to become of them. Meanwhile, as we wait for the outcome, let us delve into Kendal’s personal life over this wiki.

Also, he is 2 years older than Erica.

As per his birthday, Kendal is of the Virgo zodiac.

Kendal Kirkland was raised in his hometown San Diego, California alongside his siblings Monica, and Monroe Kirkland.

Talking in detail about his family,

In light of his education, Kendal attended Lincoln High School. Later, he graduated from San Diego State University majoring in public administration in 2015.

Trivia: During high school days, Kendal was interested in basketball and played for the school team. Given his tall stature, he owned the Forward position in his number 15 Jersey.

Mentioning his distinct features, Kendal has brown eyes and dark hair which he liked to put into cornrow braids.

Did you know: Kendal had to go through knee surgery before 2016.

As of Feb 2021, Kendal entertained 21.1K followers over Instagram. He mostly flaunted his shirtless body pics and workout routines over IG.

Kendal Kirkland is a successful business owner and a fitness influencer. He was the founder of Lifestyle Credit Repair, which opened in Nov 2018 — the company claimed to “remove all of the negative items off your credit report in less than 60 Days.”

Also, he was involved with Fit Seven Training for over 4 years. But it was unclear what his job was within the training center.

As a fitness influencer, Kendal released a nutrition book called “The Kirkland Approach” with a partner to help people “who are overweight or dealing with a health condition that can easily be reversed through a change in diet.”

Overall, Kendal has been an entrepreneur most of his career. But at the same time, he was keen on the entertainment industry with aspirations to become an actor and a model.

Temptation Island stars, Kendal Kirkland and Erica Washington were dating for over two and half years when they first appeared on the show.

Within a few episodes, we could see that Erica was confident about the man she was with, while Kendal was having doubts. Because of that, Erica felt underappreciated but still hoped that things would get better over time. She wanted to get engaged to Kendal and prove to him that the grass isn’t always greener.

As for Kendal, the show was a perfect opportunity to test the waters and determine if Erica was really the one.

Though not confirmed, it seems that Erica Washington and Kendal Kirkland aren’t together. And we say this because, in December 2020, Kendal posted a cryptic picture over his IG marking his location as “At Peace, and the caption wrote,

“Sometimes you have to let the rain come to see if the foundation is weak.”

As season 3 of Temptation Island was filmed back in the fall of 2020, fans guessed if the photo was posted shortly after he returned from Hawaii.

Moreover, a few days after his post, Erica also took it to her IG hinting at the breakup. She shared two single pictures of her captioned,

“Revoking people’s access to me is my favorite flex.”

However, we are not 100% sure that the two were separated. As of Feb 2021, the duo still followed each other over IG and they did share a few comment exchanges over it.