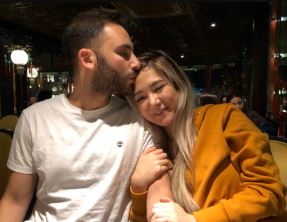 On 2nd July 2020, popular Twitch streamer Bryan “Reckful” Bernstein died by suicide. Hours before his passing, Bryan had asked Becca TILTS — his girlfriend — to marry him.

In the article, discover Becca’s bio details including her age, family, and real name. Furthermore, read her reaction to Bryan’s death.

Via Twitter, Bryan “Reckful” Bernstein asked girlfriend Becca TILTS the big question. Tweeting 3 photos including one where he kissed Becca on her forehead, Bryan wrote:

“i know i’ll always be a little too crazy… and this is proof… but at least you’ll never be bored will you marry me, becca?”

Bryan then asked his followers not to put pressure on Becca. In his own words:

“DO NOT make her feel pressured to say yes, i am completely insane here. I have not seen her in 6 months.

“The reason for the post is I know she’s the one I want forever, and I wanted her to know my commitment is real.”

When Becca found out about the proposal, it was too late.

In an accompanying blog post, Becca revealed she was still processing her boyfriend’s death. Immediately, she placed the blame on herself for not being there for him.

Becca continued by raving about Bryan. In her words:

“he was amazing… taught me how to have fun, to experience more, and challenged me to try to be more than what i was. he was larger than life, too big for this world.”

About her experience with depression and how Bryan helped to understand it, Becca wrote:

“he brought me to realize that i knew NOTHING about depression, NOTHING about mental health issues. i had this vague idea of what it was and embarrassingly thought that i could help with trivial bullshit.”

Becca then insisted their love wasn’t perfect despite loving one another dearly. She shared:

“we loved each other but it came with its difficulties. i was insanely insecure when it came to him, i couldnt even recognize myself. i dont feel that i was able to be the person that he needed in his life.”

Becca followed up by recounting a story when Bryan told him he felt traumatized after authorities checked on him for being a suicide risk. Moreover, she criticized the mental institutions and music about suicide hotline.

In the concluding part of her blog post, Becca promised Bryan she would do everything to become the best human being.

Bryan’s Brother Told Not To Blame Herself

“Byron’s brother here. I don’t know you but this isn’t your fault. He’s had suicidal thoughts since he was young, tho was so happy at times.”

I’m sad I didn’t go to Austin months ago. Maybe I could have taken him away to clear his head. Bali or.. We all regret what could have been.”

Not everyone was as pitiful towards Becca as Gary was. A Twitter user named @mrbtfobot said:

“She was in bed with chad at the time, too busy.”

“She will be back to posing in her underwear on instagram while eating cheese pizza within a month. Don’t worry guys.”

Details about Becca’s parents seemed scared. She allegedly grew up in California and Las Vegas.

Becca soared to international fame after playing “League of Legends”. Over the years, she also played “Pummel Party” and “Fortnite.”

In November 2019, Becca joined Twitch. By July 2020, she had collected 352 thousand followers on the platform.

From her career as a pro gamer, Becca TILTS earned a handsome living. Her net worth, meanwhile, was over $300 thousand by 2020.

loltyler1 was titled the 10th most-watched Twitch channel of 2018. The streamer of loltyler1 is Tyler...