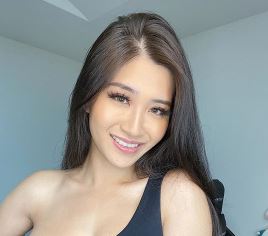 On 8th July 2020, reports broke Twitch streamer Lannie “Ohlana” passed away. At the time, she was 26 years old.

Delve into Ohlana’s wiki and read about boyfriend, parents, and ethnicity. Furthermore, discover her cause of death, net worth, and birthday.

Ohlana Cause Of Dead — Suicide

Dexerto.com was the first publication to report Ohlana’s cause of death as a suicide.

Before the tragic story broke, Ohlana had sent out concerning messages. On 5th July 2020, she shared:

“depressed people struggle to reach out in fear that the ones closest to them will have cops show up and forcefully confine them against their will. so they’re stuck feeling alone with their dark thoughts because they don’t want to be trapped where they just feel worse.”

Later that day, Ohlana took to IG and said:

“I have cried, loved, and shared so many great memories with so many of you who are still or used to be in my life.”

“I thank all of you for letting me. I look back in awe of all the opportunities I have been given in my life and I am appreciative. From surviving off video games to traveling the world on an impulse… but most importantly all of the people I’ve met during this run.”

Ohlana then concluded the message by writing:

“It’s a beautiful day today. Go out and enjoy it for me.”

The news of Ohlana’s death arrived several days after another Twitch streamer Reckful passed away.

Fans of the Ohlana took to social media and mourn her death.

Less than 24 hours after Ohlana’s death, her family launched a Go Fund Me campaign to help pay for the funeral.

Ohlana was born on 7th February 1994 with the real name Lannie Phan. Also, she carried Aquarius for a zodiac sign.

What’s more, Ohlana’s parents were of Vietnamese origin. As such, the late-Twitch streamer possessed Canadian–Vietnamese ethnicity.

Talking about her parents, Ohlana constantly tweeted about them. Say to conclude they meant the world to her.

Meanwhile, Ohlana had at least one brother for siblings. As noted on her 2019 IG post, her brother was studying to become a future surgeon.

The week that Ohlana passed away she had amassed 185 thousand followers. Meanwhile, around 13 thousand people followed her on Twitter.

However, it was on Twitch that Ohlana earned her cult-like following sharing travel vlogs and streaming games like Counter-Strike: Global Offensive. On the platform, she owned over 100 thousand followers.

Moving on, Ohlana’s net worth never made public records.

For reasons unexplained, Ohlana refrained from flaunting her dating life and relationships on public platforms.

That said, Ohlana did tweet about her former boyfriend. Also, she would often screenshot their conversations and shared it on Twitter.

In once instance, Ohlana tweeted how her mom was constantly nagging her to find a boyfriend. In another, she lied about having a girlfriend when a man approached her.