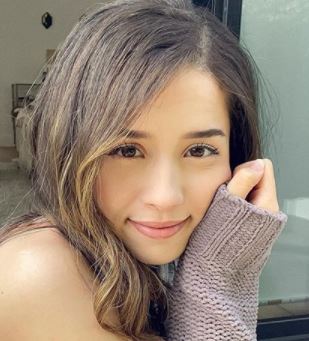 Pokimane is a game streamer, popular over Youtube and Twitch. While her huge following may be attributed to video games, it would be unfair to exclude her charm and humor out of the mix.

Also, Pokimane is the ex-member of the Offline TV house. In June 2020, she revealed that her decision to leave wasn’t related to the other people in the house, rather she wanted to live with some other friends.

However, later Pokimane confessed that Offline TV member, Federico (Fedmyster) Gaytan played some role in her decision to leave.

Stay till the end to learn more about Pokimane with this wiki-style article.

How Did Pokimane Get Famous?

Like many other game streamers, Pokimane started small by streaming multiple games on twitch. Her early games include Overwatch, Fortnight, and mostly League of Legends.

However, Pokimane also added stories, jokes, and unboxing geek packages, to her videos. She also had ASMR videos uploaded to her Youtube channel called Poki ASMR.

Also, she was studying chemical engineering at McMaster University when she decided to pursue a gaming career.

In 2013, Pokimane dropped the N-word in a clip. Though she later apologized for it, in 2020, Pokimane got in a feud with Keemstar about the matter.

After she moved out of the Offline TV house in 2020 and took a short break, Pokimane came back with an apology video titled “my overdue apology.”

In the video, she apologized to Bowblax, who tweeted that her apology was accepted. Also, she shared,

“I’ve commented on this in the past, but honestly, my statements and comments then weren’t even good enough, I really wish I could go back in time or change the past. Unfortunately, I can’t.”

Pokimane is a beautiful girl of Moroccan and Canadian descent.

Pokimane’s real name is Imane Anys. Her favorite game was Pokémon. So combining “Pokémon” and her first name “Imane”, her nickname “Pokimane” was born.

Also, Pokimane is known to go by the name “Amy”.

She spoke fluent French and English.

Talking about her early life, she shared,

“I was angel until one years old, devil until four.”

She recalled an incident with her sibling where her brother came home crying. When asked upon, her brother replied that a kid had him downstairs in the play area. So, 4-year-old Pokimane walked downstairs to the kid and “smacked him!”.

Reportedly, her brother completed his Civil Engineering degree in 2015.

As for her parents, they were happily married and resided in Canda before 2018. Also, in 2017, Pokimane made a spontaneous trip to Canada to surprise her parents.

As of 2020, Pokimane’s net worth of $2 million can be credited to her social media popularity. Reportedly, she earned around $20,000 a month from Twitch, and with sponsors, Youtube and her “Pokimerch”, her net worth may rise soon again.

According to the August 2020 data, Pokimane flaunted 5.2M followers on her Instagram @pokimanelol and 2.4M on Twitter @pokimanelol.

How Much Does Pokimane Make A Year?

Also, she earned $250K/year from twitch subscription. And around another 100K from sponsors.

As of August 2020, while Pokimane didn’t confess to dating, the infamous Youtuber “LeafyIsHere” claimed that she had a boyfriend. He made fun of her in one of his videos and asked his fans to share the video with the hashtag #pokimaneboyfriend.

Soon joining Leafy, Keemstar also insisted that Pokimane had a secret boyfriend. This convinced most of the fans that Pokimane did have a boyfriend and was hiding the fact.

However, without denying the allegation, Pokimane cleverly responded where she tweeted a picture of herself with a Barack Obama cardboard captioned,

After the response, Pokimane shared that she would not share her personal life online and choose to be “AFK” for a while from August 6, 2020.

Since “boyfriends” and “kids” weren’t well received in the streamers community, maybe Pokimane was laying low till drama cools off. She had already lost many subscribers form Twitch due to the controversy.