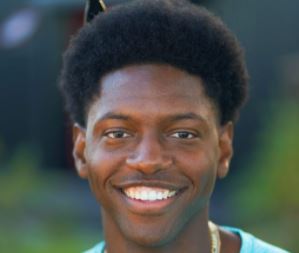 Joseph Allen became the youngest new face participating in season 36 of The Challenge: Double Agents. He was also the only constant who smiled for the camera, during MTV’s cast photoshoot. Right off the bat, Joseph reflected his confident and unwavering personality.

But Joseph’s confidence wasn’t only an innate blessing, rather he was already a reality TV star before his time on The Challenge. Previously, Joseph appeared for NBC’s America’s Got Talent 2019 and made it all the way to the quarterfinals.

Here is everything you need to know about Joseph Allen over this wiki.

Corresponding to his birthday, Joseph is of the Gemini zodiac.

Raise in his hometown Killeen, Texas, Joseph Allen grew up in a blended family alongside his 12 siblings. Over AGT audition, he shared that “his mother, father, stepfather, and stepmother all played influential and important roles in his life.”

Also, Joseph’s parents (especially his mom) made often appearances on his Instagram. On Feb 2020, Joseph uploaded a picture with his mother captioned,

“How a man treats his mom gives a close example of how he will treat his wife… start practicing fellas, went all the way to my hometown to take these babes on a spontaneous pedicure date!”

Overall, Joseph was close to everyone in his family. And most of them appearing for his graduation was proof of that.

Mentioning his distinct features, Joseph has a beautiful smile and brown eyes. Also, another noticeable thing about him would be his small afro hair.

Also, he had 152K subscribers over his self-titled Youtube channel. His videos were filled with his music and some personal content.

Trivia: Joseph even had a video from when he had 670 subscribers and he was struggling to make it big! The video was titled “I Moved to LA to Chase a Dream!“

Joseph Allen is a singer, songwriter, and producer. He was also the owner of “Attempt Impossible” and sold his mech over there.

With a passion for singing since his younger days, Joseph explored possibilities to make his dream come true. He even tried for the school choir as a third-grade student, unfortunately, he wasn’t selected. However, eventually, they let him in and awarded him with a solo.

But before Joseph chose to professionally pursue music, he was interested in motocross racing. He a self-taught rider and even laid the professionally trained ones to dirt. But after facing three near-death experiences on the track, Joseph took a time off to get back to his passion for music.

So, Joseph Allen took on the job as a certified tire technician and worked hard for over 2 years to save up for a recording studio. Finally, with $5000 in his pocket, Joseph built up one and honed his mixing and mastering skills.

Just in case you are curious, an average tire technician made around $12.84 per hour in the US.

In light of his education, Joseph attended Ellison High School. Later, he joined Grand Canyon University as a mechanical engineering student but changed his major to digital production.

Talking about his time on The Challenge, Joseph being the youngest rookie, other competitors teased him like a little brother. He shared that Kaycee Clark called him a “goofball” and other costars were funny and supportive too. For his challenges, he was partnered with Kyle for “Mission Decryption” and “Ice Spy” (result: out). Also, he was in crater “Ring of Spies” with Kyle (result: out).

As for his stint on AGT, Joseph won Howie Mandel’s “golden buzzer” and made it direct to the semifinals after performing his original song written for the judges. However, many fans were disappointed with Howie’s decision. They claimed that AGT mostly gave the golden buzzer to singers and less to other performances.

After his time on AGT, Joseph was offered several record deals, which he turned down. He shared that one of the record labels even offered him a $150,000 advance but he chose to see “long-term financial blessings” instead of a short one.

However, Joseph was active with tours and shows. Lately, his April 2020 show was canceled due to the COVID 19 pandemic.

Joseph Allen was believed to have had a girlfriend named Summer See back in 2018. The duo was often spotted outing together and even had pictures of them over Joseph’s social media.

On Nov 29, 2018, Joseph took it to his Instagram to share a picture of Summer in his arms captioned.

“Do I even need a caption?” – Summer See

To which Summer replied— “never need one (with three Face with Tears of Joy emoji).

But as of 2020, Joseph was no longer dating Summer. It wasn’t clear what happened between them.

A little info on Joseph’s girlfriend, Summer See: She was a Women’s Volleyball Student-Athlete at DePaul University and the founder of “Fostering The Future”; a kids welfare organization.

As for the rumors about Joseph Allen being gay, he had yet to speak about him.