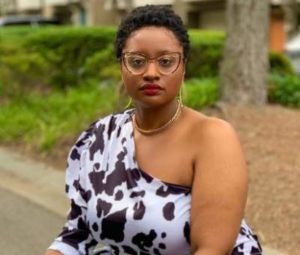 Initially, Ashli Washington and the fifteen others were deemed not yet ready for the institution as serious as marriage.

Below is this Ashli Washington wiki on one of the contestants for the new season.

Read Next: Eleanor Neale Wiki: Age, Dating Status, Where Is She From?

Ashli grew up in her hometown of Grenada county located in the U.S. state of Mississippi.

About family, her father James Washington is a Pastor. Ashli often dedicates the likes of “Happy Birthday to the best man, dad and husband I know (and in the world too). Love you Dad!🖤💛” messages to her dad on her social media.

Her mother is Ester Washington who once studied at Jackson State University. She and James, who seemed to be enjoying social media, won’t stop flaunting their timeless togetherness.

Ashli is grateful that she is blessed with her favorite pair of sisters: Victoria Williams and Amanda J.

Also, in an Instagram post, Ashli revealed it was her grandma Beulah, whose strength and love laid the groundwork for her to be who she is today.

Ashli Washington, with a lined tattoo near her collarbone, reportedly stood at the weight of less than 74 kg, as of the time of this writing.

Last year in January, she celebrated her “Ketoversary”. For at least 10 years, she tried every diet out there and failed at sticking to all of them.

She confirmed she was the heaviest she had ever been and knew she needed a real lifestyle change. So, ultimately it was the Keto diet that did it for her. This one worked for her reasonably and proved to be the game and life changer for her.

Because Ashli is a social media specialist there is no doubt she has got a good social media game going for her as well. At the time, she could be followed on Instagram and Facebook, and her now-a-regular number of participants seemed to be getting bigger.

According to her Instagram bio, Ashli Washington is a screenwriter, designer+curator, health and beauty blogger, and entrepreneur.

Her beauty and healthy blog on Instagram by the handle Ash And Kesh entertained as many as 22.2K followers. In fact, this is where Ashli and her co-admin of the page have been sharing about their success with Keto.

Besides, Ashli’s love for wearing headwraps led her to sell them as her merch. Under Ashli James Collection, she now sells her handmade headwraps, masks, and bonnets. Her wraps are inspired by and named after some amazing women who have had a tremendous impact on her life; for instance her deceased auntie Diane.

Altogether, the social media and creative content specialist at Spelman College reportedly pulled in an estimated net worth of $500K (before 2021).

Meanwhile, glassdoor computed that the average salary for a social media specialist is $48,465 in Atlanta, Georgia.

Are Ashli Washington And Xavius Robinson Together?

Ashli and much younger Xavius Robinson’s story was featured on the S1E1 of Married at First Sight: Unmatchables. The experts from the show felt like the two would make a good match.

Ashli wanted to be on the show after thinking it would help her get some outside advice on what one could be doing better in the dating field. More so, she wanted to have fun in the process.

So basically, the episode showed us— Ashli hates the idea of intimacy. This is the reason, Ashli’s only boyfriend was the one she had when she was in high school. Since then, and before Xavius, she was never intimate with anyone and also never kissed a man in over eleven years.

Also, the show highlighted how her past relationship prospects failed because of the “codependency” issues with her roommate Nakeisha. This one was, however, later denied by Ashli. In an interview, she explained her equation with Nakeisha as:

Besides, Xavius too was portrayed with his own share of aversions concerning dating life of course.

Having been in the funeral business too long, he mentioned that he prefers the company of dead people over living ones. Also, Xavius is biased with his preference for slim women, and his issues with spontaneity and controlling nature, and most importantly his peculiar obsession with scents, also never made his dating life easier.

So about them being still together, their way of laying low on social media did not at all help their audience.

Meanwhile, the last time we saw them together in the episode, the experts encouraged them to have a successful relationship. They were helping Xavius and Ashli spot how their certain way of living life was ruining their chances at happily ever after. And, even though both faced difficulties breaking out of their shells, they were positive about following the experts’ advice. At the end of the episode, they were seen ready-ing themselves for their final date.

Not to miss, with bossip.com late in April 2021, Ashli carefully spilled she talked to her date Xavius very recently.

“I talked to him recently, I can say that. Very recently.”