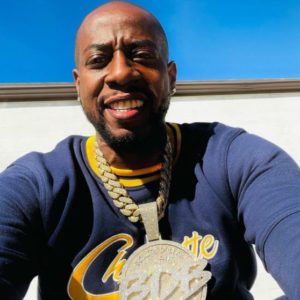 Any people related to the music industry know who Arnold Taylor is. With his long history with major record labels, he is also the CEO of South Coast Music Group (SCMG), home of rapper DaBaby.

But in 2021, he grabbed everyone’s attention when Kanye West accused him of blocking a verse and delaying the album release. So the question was raised, who is DaBaby’s manager, Arnold Taylor? Learn more about him with this Arnold Taylor Wiki.

Kanye West’s finally released his much-anticipated album Donda after three listening parties. However, the drama surrounding the album was created after its release when the “Monster” rapper accused DaBaby’s manager Arnold Taylor of blocking his verse in one of the songs from the album and blamed him for the delay of the album release.

Though Arnold Taylor celebrates his birthday every year on 18 May, we couldn’t discover details on his real age. But this also meant he was a Taurus by zodiac sign. He appears to be no more than 48 years old as of 2021.

Only the matriarch of Arnold Taylor’s household is known. His mother’s name is Eva and he hailed from his hometown in Archdale Road of Charlotte, North Carolina. His father remains a mystery man as of this writing.

A momma’s boy at heart, Arnold wishes his Eva on mother’s day and birthdays. Furthermore, his unparalleled accomplishments and success made his mother as proud as she could be.

Besides that, Arnold shared almost nothing about his father.

Talking about siblings, Arnold has an older brother and a sister. Similar to his father, his brother is also a mystery man with nothing shared about him except for a few snaps on social media. Whereas, his sister Angie Allison worked as a hairstylist and went by the name (@shesastylist09) on Instagram.

From a very young age, Arnold Taylor knew hardship and watched his mother struggle. His curious nature helped him overcome the adversity and turn a negative into a positive, that was always the case for him. He was into sports initially, but the LL Cool J album which he bought changed the entire path for him. After he heard the song Rock The Bells, it was at that moment he fell in love with music.

As a young entrepreneur, Arnold started a record pool. It was DJ service and his contact with over 100 DJs helped to build his career. He used to receive calls from record labels in New York for feedback from all of his DJs regarding their new music. This motivated him to continue pursuing a career in the music industry.

Also, the record label would send him a $150 downpayment and $100 a month for promoting songs to radio stations and DJs across Carolina, so he was making a good chunk of money for a young kid.

Arnold Taylor is on Instagram (@arnoldltaylor). He has a verified account and that helped gather 96.2k followers. He posted 2,092 times on the platform as of Aug 2021. However, he was impossible to discover on Twitter and Facebook.

The bald head that he has is his distinct feature. Arnold Taylor stands tall at the height of 6 feet (1.82 meters).

Along with the prestigious position of CEO of South Coast Music Group (SCMG), Arnold Taylor sits on a total net worth of around $5 million.

Jumping into his career, the record pool which he started intrigued him to work with a label. Hence, he tasted the management part of the music industry. In an interview, he shared that his godfather owned Shazada Records. It was a black-owned record store that introduced him to diverse forms of music.

It was inevitable that his talent would eventually catch the attention of record label executives. The first person who took notice of his talent was Parrish Johnson. Parrish hired him as regional representative of Death Row Records.

After the dismissal of Death Row Records, he joined Blackground Records that composed of then-up and coming producer Timbaland and singer Aaliyah. Record labels that he worked for included Def Jam, Geffen, Interscope, Universal, and Epic Records.

He received credit for signing and helping out artists like Cash Out, Yo Gotti, and Future.

Despite the high-paying job, Arnold came to a realization that he couldn’t work for any record label anymore. His work wasn’t making any contribution to put Charlotte on the map so he left his job to start his own record label.

Arnold founded his label South Coast Music Group (SCMG) in 2014. He didn’t care about how much the label was paying him and started the label to promote the local artists from his city.

Now, his record labels are the home for artists like Jonathan Kirk AKA DaBaby, Blacc Zacc, Toosii, Big Mali, and Tia Corine. But DaBaby became the label’s biggest success to the date. Arnold and DaBaby had met each other in 2014 in a club.

Arnold’s connection and industry knowledge & experience, and DaBaby’s work ethic, the rapper put the label and his music into a whole new trajectory making him a success.

Later, several big labels approached DaBaby for a major record deal zeroing into Warner Bros. or Interscope. Arnold preferred Interscope Inc. as the record label was, in his word, a “machine.”

Yes, Arnold Taylor is a married man committed to his beloved wife and wife only. As his social media speaks, family always came first for Arnold and he proudly shared about his family on his IG. Despite the plethora of posts on social media, he chose to remain secretive about his wife. Hence, we don’t know very much about his wife and other information related to her.

On 19 October 2019, Arnold wished his wife a happy birthday. There on the post, he wrote, “Happy Queen Day to this beautiful young lady!!! Enjoy ya day Ma Ma #Wifey 🙏🏆” It was one of the few posts related to his wife. 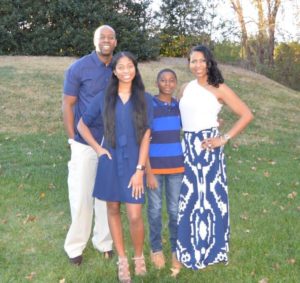 Arnold Taylor and his wife are parents to two children; a daughter named Morgan Taylor and a son named Myles Taylor.

Arnold’s son, Myles was born on 27 September 2005 and turned 15 years old in September 2020. Similar to his father, Myles also seems to have an interest in music. Besides music, playing basketball is his other passion.

A proud father Arnold shares posts related to his children’s accomplishments on his social media.