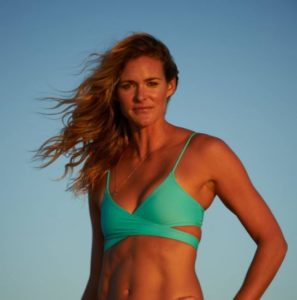 Chelsea Hayes is best known as a player of the National Volleyball League Chelsea who competed and won several games. She and her fiance Maddison McKibbin got married in Mexico in August 2021. Now, attention falls on the bride.

Who is Maddison McKibbin’s Wife, Chelsea Hayes? Learn more about her in this article.

Chelsea Hayes and Maddison McKibbin married on 28 August 2021. As the story goes, they stumbled on to each other when Chelsea worked as a trainer for Maddison at Mamba Sports Academy based in Thousand Oaks, California.

With a minimalist setting, the married couple had a casual wedding. The groom donned a white linen shirt and also prepared the playlist for the wedding himself. The guest at the end witnessed fireworks for the celebration which was one of the highlights of the day.

The guests received a surprise greeting from a mariachi band. Attendees were free to sit anywhere as they had no assigned seating system for them. The guests were served a buffet of Mexican food, and for dessert, they served popsicles instead of a wedding cake.

The wedding destination was only a few hours’ drives from his home in California and was a days-long celebration, complete with wine tasting and relaxing at the beach. 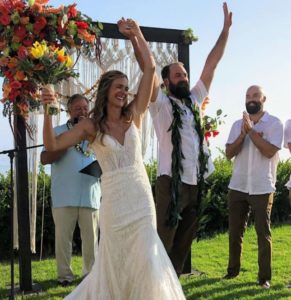 The couple had announced their engagement on 19 October 2020on their respective Instagram. On the post, Chelsea wrote: “What a weekend!! I couldn’t have imagined it any better 😍 I’m so happy we got to share this moment with so many special people and in a place that is so dear to me. I love you @maddison.mckibbin”

Her husband had proposed to her during a hike in San Simeon on the bluffs overlooking the water. Besides popping the big question, he further surprised her by inviting 30 of the friends and family members to their campsite to celebrate the engagement.

Maddison also had the newest addition to the family of his brother Riley. Riley and his pro-indoor volleyball player Carli Lloyd welcomed their daughter Storm Rose Mckibbin in May 2021.

Born to Dieter Hayes and Beverley Hayes, Chelsea Hayes hailed from her hometown in Atascadero, California, United States. Both of her parents played volleyball while attending California Polytechnic State University.

Her parents stayed happily married and committed to each other for 38 years and celebrated their anniversary on 16 April 2021. Chelsea Hayes grew up with two siblings.

Cori Hayes, her sister played volleyball at Fresno State and Cal Lutheran. Her brother Cheyne Hayes (born on 19 July 1992), attended and graduated from Paso Robles High School in 2010. He played four years of varsity volleyball and was a four-time All-Pac 7 pick. He had averaged five kills, two assists, .7 aces, and .8 blocks per set.

Howard Hunter Hayes Jr., her paternal grandfather passed away on 17 June 2008. Later on, her grandmother Helga Gitta Hayes died on 15 October 2014 at the age of 86. Helga was born to a world-renowned swimming and diving instructor Hermann Sommer in Berlin, Germany.

With a tall feature, Chelsea Hayes stands to the height of 5 feet 9 inches or 1.75 meters.

Chelsea could be discovered on several social media platforms. (@clhayes13) is the handle name of her Instagram account. She gathered 1,684 followers which contained 171 posts in total. She was linked with 1395 people on her Facebook. Since May of 2016, she hasn’t posted anything on the platform.

Having parents who played volleyball, Chelsea Hayes built a career around what she knew best from the very beginning of life. All three children built careers out of sports, unlike their parents who played until college. She started playing volleyball professionally in 2009 as a setter.

In total, Chelsea scored 10,787.5 points during that period of her career. Furthermore, her team earned $27,167 as a win from total competitions.

Moreover, Chelsea had five partners in her entire volleyball career. She played 32 games with Mariko Coverdale and won $10,368 together with 3694.5 aggregate points.

Chelsea also played with Jennifer Snyder, an NVL Crowd Pleaser in 2015 and NVL Best Blocker in 2015 and 2016, and participated in 13 games. The duo pocketed $16,300 as prize money. She played 2 games with Tori Grafeman and 1 game each with Kristen Batt-Rohr and Kelli Nerison.

On the other hand, Chelsea attended Saint Mary’s followed by Cal Poly-San Luis Obispo where she played volleyball in both schools.

You Might Enjoy: Rose Schlossberg Partner, Dating Or Married