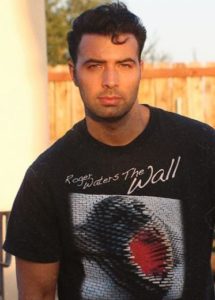 Jencarlos Canela is a Miami born singer/actor who gained prominence for starring on several hit TV shows and movies. Other than that, his relationship with two beautiful women, his former partner Gaby Espino, and his now-girlfriend Danna Hernandez brought more excitement to the fans.

This wiki-article revolves around the life of Jencarlos while exploring his career, relationship, and rumors of him being gay or a bisexual.

Jencarlos Canela was born on 21 April 1988 in Miami, Florida. He turned 32 years old while celebrating his birthday in April of 2020. Born to Cuban parents, he shared his beloved military man father Heriberto Canela and his mother Lisette Canela with his siblings.

More on his siblings, he had three: his sister Anette Canela, and two brothers Erick Canela and Jason Canela. Jason Canela is also an actor best known for playing Arturo Rosales in The Young and the Restless (2018-2019).

The Cuban-American handsome inherited his good looks from his parents. Jencarlos Canela stands at a towering height of 5 feet 11 inches (1.80 meters). Talking about his body weight, he weighed approximately 78 kilograms (171 lbs).

Music had a hold on Jencarlos Canela from an early age. He started singing at a very young age but started his career at the age of 12 when he joined and played for the group Boom Boom Pop.

In 2002, after gaining success as a group, Jencarlos decided to start his solo career. The five years followed by his solo career, he performed at some of the major events such as Miss World 2004 and 2005, The Latin Fiesta Festival held in Canada, The CALLE OCHO festival in Miami.

Jencarlos released his debut album Buscame in 2009. The album debuted at #2 after its release. Likewise, his second album Un Nuevo Dia debuted #1 during the first week of his release.

Besides music, Jen also wholeheartedly focused on establishing his acting career. He made his acting debut in 2007, landing the role of Alfredo Torres in the hit TV show Pecados Ajenos.

Jencarlos made his theatre debut with Miami Libre performed at Arsht center. In January of 2009, he signed a contract with Telemundo. He went on to star on several shows and movies such as Perro Amor (2010), Mi Corazon insiste en Lola Volcan (2011), Pasion Prohibida (2013), The Passion (2016), Grand Hotel (2019), and The Expanding Universe of Ashley Garcia (2020).

More From Us: Alejandro Speitzer Gay, Girlfriend, Dating, Net Worth

On several online platforms, Jencarlos’s sexual orientation was discussed. Some assumed him to be either gay and bisexual. Followed by the assumption that his relationship didn’t work out with his model girlfriend because of the reason.

However, most of his fans stood up for him and defending him, that he is as heterosexual as they come.

Jencarlos Canela started dating Venezuelan actress Gaby Espino awhile before 2011. However, only in September of the same year, the couple confirmed their romantic relationship in the live chat over Twitter. 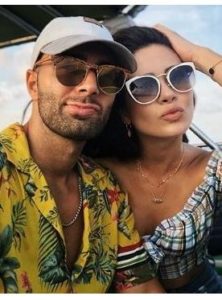 The in-love couple went on to announce the welcoming of their son Nickolas Canela Espino. The pair had their first-born on 12 February 2012. However, two years after having their son, they went on to have a rough patch on their relationship.

While most of the fans assumed the couple would eventually be married, in August of 2014, Jencarlos and Gaby announced their break-up on their official Facebook page.

However, the recent relationship updates as of July of 2020 showcased, the pair might’ve reconciled and settled their differences. Though they might’ve not got back together, they seem to have found a way to remain friends.

After Gaby, Jencarlos started dating Danna Hernandez since 2018. As of July 2020, the pair appears happy in their relationship.

Talented and beautiful, Paulina Chávez initially discovered fame after starring as Isabella in the short TV...