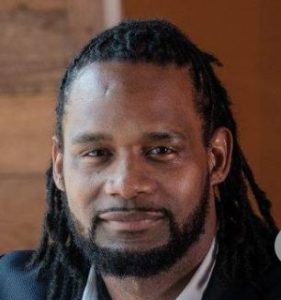 The HGTV’s inaugural season of Flip or Flop Ft. Worth was hosted by a military veteran couple, Andy Williams and his wife Ashely back in 2017.

After their return from the military, the two decided to turn their real estate investments into a family business. They started their venture in the States and it was only after Ashley’s wish to start a family, Andy realized that there was no going back to military life.

So, aside from what’s already depicted, what was Andy’s life like off the screen? Learn all about him over this wiki.

Corresponding to his birthday, Andy is of the Sagittarius zodiac.

Andy Williams didn’t talk much about his parents and siblings, but he did talk about his grandfather who let him ride the “Big Red” (a mini tractor) while he was nine. He shared that he landscaped “community blocks for a small fee” — his first-ever earning.

Looking back, Andy realizes that “growing up grinding” taught him a valuable lesson.

As of his hometown, Andy hails from Texas. It also where Andy and Ashley were living in 2021. They were building their Dallas-Fort Worth-based real estate business there.

According to Andy, heritage was important to him. He shared,

“Each community and neighborhood tell a different story, and the chapters are being re-written as we speak. Ashley and I are blessed to be apart of the revitalization process.”

In light of his education, Andy attended American Military University from 2008 to 2012 for his bachelor’s, and later, he went to Argosy University for his master’s in industrial and organizational psychology.

Mentioning his distinct features, Andy had dreadlock hair, a thick beard, and a small puncture scar on his forehead.

As of Feb 2021, Andy flaunted 5.6K followers over Instagram “@andywilliamsofficial”. He mostly uploaded motivational quotes and a little promotion of his work over there.

Andy Williams Net Worth, Career, Flip Or Flop Fort Worth

As for his career, we don’t think Andy needs any introduction. He is an ex-military who turned his real estate investments into a family business. In 2021, he was working at Rehab Warrior that he founded in April 2020.

The company claimed itself to be the “nation’s first and only certified and accredited workforce development model in residential development which comprehensively addresses veteran transition, affordable housing, and community revitalization.”

As for his time in the Military, Andy successfully conducted more than 1,000 high-threat missions throughout the country of Iraq without any injury or loss of life. He returned from deployment in 2012 after over 7 years of service.

Interesting Fact: Ashley and Andy were discovered by a TV editor on vacation in Tahiti, where they celebrating Ashley’s 30th birthday.

Andy and Ashley Williams first met in Iraq, as they served in the military. They were one of the first couples who shared a living quarter there. Reportedly, it was a 200 square feet construction trailer.

Dating for a few years, the two then held their wedding on August 15, 2009. As of 2021, they were happily married and share two kids named Ashton and Amina. Though the kids were still young, they seemed to have inherited their parents’ keen eyes for homes.

The children were once featured over the show, where Ashley said,

“We like to get their help with sourcing houses. We call it ‘driving for dollars.’”

Later, Ashley shared that they were “very tentative about showing the kids”. Though she was opening herself to scrutiny, she wanted “to show others that normal people can do this.”