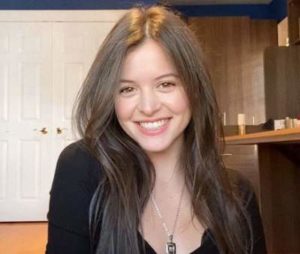 American dramedy Ginny & Georgia on Netflix since its release on February 24, 2021, is climbing up the charts and people are falling in love with the characters. Although the core story is about titular mother-daughter characters Georgia and Ginny Miller played respectively by Antonia Gentry and Brianne Howey, the rest of the casts on the show are equally exceptional.

So, the persona Sara Waisglass brings to life is definitely worth looking forward to even in the series’s next seasons.

Here’s everything you need to know about the young actress on this Sara Waisglass wiki!

Sara Waisglass’s parents are on social media and so figured their names as Tess Waisglass and Jeff Waisglass.

Her mother, Tess is a producer. She formerly worked at Vickers & Benson Advertising, Cossette Communications, and a few others. While her father, Jeffs happens to be a doctor, a dentist to be more specific. He has been practicing medicine since 1991 following graduation in DDS from the University of Toronto.

Sara’s parents have been married since 1992, and they have remained in Toronto, Canada for like forever. Both of their kids were born there. 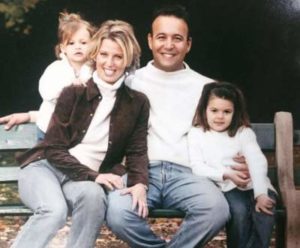 Sara Waisglass (on the right) with her parents and siblings (PIC: Sara’s IG)

Also, Sara Waisglass has a sister named Carly Waisglass who as per her Insta-bio loves tea, books, traveling, and being herself.

On her Twitter bio, beautiful Sara Waisglass writes: “I like to laugh”. She stands 5′ 5″ (1.65 m) tall in height and a lately reported weight that is less than 50 kg.

Sara Waisglass looks like these two other actresses from the industry: Leighton Meester and Gage Golightly. In fact, she is the spitting image of young Leighton who notably played Blair Waldorf in Gossip Girl. Sara even has the same dimples as Leighton. However, despite the uncanny resemblances Sara is not at all related to Leighton or the Teen Wolf star.

Sara managed 22.7k and 150k followers respectively on Twitter and Instagram accounts (until Feb. 27, 2021). She had two profiles on Facebook under the handles: Sara Waisglass and Sara Jade.

Sara is an actress and aspiring screenwriter who already spent well over a decade sharpening her craft in several movies and TV shows.

She was only seven when she got to play the adorable Jordy Cooper in three seasons of Shaftesbury’s Overruled. She starred as Frankie Hollingsworth for six seasons of award-winning Canadian drama Degrassi. This is what actually established Sara as one of Canada’s finest young actresses.

Sara did an amazing job on the supernatural drama October Faction. The show on Netflix, ran for one season in 2020 before it got canceled.

Sara also found memorable guest spots on two episodes of Suits in 2018 and a one-episode role on The Good Doctor in 2017. Not to miss, she also played Lyla on the Hulu drama Holly Hobbie from 2018 to 2019.

Besides she is very determined to bring about her degree in Screenwriting from York University (graduated in 2020) into practice.

Anyway, in the meantime, her net worth was reportedly estimated as almost $1 million.

So Sara Waisglass comes to her viewers as Maxine (Max), Marcus’ twin and Ginny’s new best friend. She and her twin brother are Sara’s neighbors and all of them go to the same high school. Max quickly takes Ginny under her wing as Ginny is adapting to her new home and new school. Max, who is also an openly lesbian, introduces Ginny to her group and as the story naturally finds more plots.

And of course, why wouldn’t you wonder about her boyfriend and dating life!

There sure is a “possible” boyfriend making more than guest appearances on Sara Waisglass’s socials. It’s Jeremy Kellen we are talking of. Be that as it may, Sara never directly mentioned him as her boyfriend or the two of them are dating. But, every time she shared pictures of them, they just looked so much in love. In the captions, she would write the likes of:

“Happy birthday @jeremy.bland16 let’s go hike soon and by that I mean get mozzarella sticks and indulge in our idiotic humor!!!! I love you, my man. HAVE THE BEST DAY!!!!!”

“never thought platonic hand holding would be considered a luxury. I miss it.”

Last year on Thanksgiving Sara was “very thankful” that she was able to spend time with him. 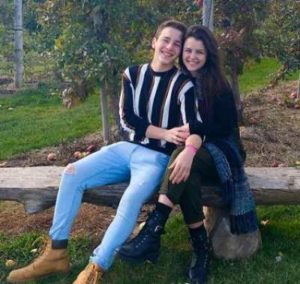 This was seemingly from Thanksgiving in 2018. And Jeremy captioned the snap writing, “Guess I really know how to pick em 😍”. Did he mean apples? or the beautiful lady beside? It’s a mystery yet to be solved.