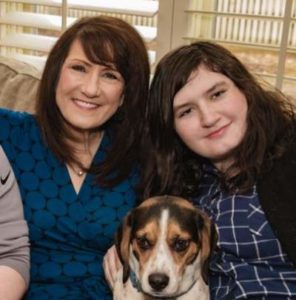 The Republican extremist Marjorie Taylor Greene received extensive condemnation – from transgender societies, Democrats, and her own party after she hung an anti-trans sign outside her office. The sign read: “There are TWO genders: Male & Female. Trust The Science!”. And clearly, Taylor did this in response to congresswoman Marie Newman (who works in a neighboring office) raising a transgender pride flag.

So, all of this happened in the aftermath of the charged debate on the Equality Act that Greene tried to block. And find out in the wiki-writing below how Newman’s daughter Evie Newman is related in all this.

Marie Newman’s daughter Evie was born as a male and her parents had named her Tyler. Deeply depressed as a pre-teen, she attended a therapeutic program and came out as transgender. Marie, who is serving as the U.S. representative from Illinois’s 3rd congressional district since 2021, cited the day as the happiest day of her life because it meant her daughter could be her authentic self.

Evie was severely bullied at school, which is what actually inspired the politician and marketing consultant mom to become an advocate for LGBTQ rights.

In a fundraising email for her mother, Evie described the gender transitioning (around 2015) as “the hardest thing” she has ever done. But that her mom being by her side every step of the way was a huge consolation.

Marjorie Taylor Green refusing to refer to her fellow politician’s daughter Evie Newman as a  female has been criticized as the cruelty directly aimed at Evie. One can see how this led Evie’s brother Quinn Newman to write, this, on his Facebook wall on Feb. 26, 2021:

“I support both my sister and my mom! Disrespect is something that should never be tolerated and personal attacks on both friends and family are childish. Hate never wins and in the end my family is stronger than that”

Quinn, a Poli-sci at Xavier University, is two years older than his only sibling.

The Newmans, living in La Grange, Illinois, as a family seemed like a tightly-knitted bunch. Everyone in the family was very supportive of Evie’s coming out. Marie had then notably said: “My daughter is trans, and over my dead body will anything happen to roll back her rights.”

Marie and the entire Newman family have supported Evie since day one of her transition. 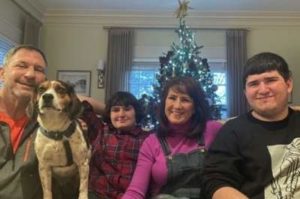 Evie’s father, James Newman, is a Chief Operating Officer at Figo Pet Insurance in La Grange, Illinois. After receiving an MBA from the Northwestern University in 1988, he married Marie, the mother of his two kids, in 1996.

At the time of writing, Evie was not active on social media. But, now and then, she did appear on her famous mother’s Instagram and Facebook.

Around Feb. 2021, Evie Newman was reportedly a Sophomore at DePaul University. And because she led a low-key life as compared to her mother who is a public figure, one could not tell for sure if Evie did some kind of a part-time job.

There is simply no way for the media or public to find out anything concerning Evie’s dating life. Also, seemingly Evie is more occupied by her need to stay calm and positive and not get swayed by the chaos that is going around. Having a boyfriend might be of the least concern to her at the time.

By now, we know just how protective Marie Newman is about Evie. Attempting to protect Evie and others from the LGBTQ+ community, she is even more than ready to take the fight up in the government.

This may be the reason, Evie is not yet out on social media. That Marie and everyone in the family don’t want Evie to get affected by all that is coming from people like Taylor Green.

Taylor, who has a history of promoting “dangerous” conspiracy theories, said, “Your biological son does NOT belong in my daughters’ bathroom”. Still the bright of it would be, the incident termed as “sickening, pathetic, unimaginably cruel” led to people talking even more about LGBTQ+ rights and humanity as a whole.