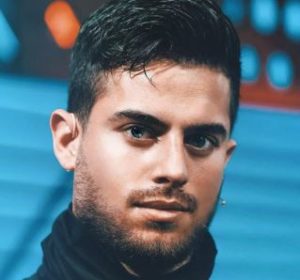 Love Island season 3 was already chaotic to being with, and not soon after, the dating show got even messier with the Casa Armor twist in July 2021. Now a new tea is being prepped. Rumors had that, one of the two newcomers, Andre Brunelli was married!

So, does he have a wife? Who are his parents, and what is his net worth? Stay with this Andre Brunelli Wiki to find out.

Andre Brunelli stepped into Love Island season 3 alongside one other newcomer Bailey, following the August eliminations. Soon after, he went on to lay his eyes on Olivia, as Olivia’s then-potential-romance Korey got cozy with Bailey.

In a short clip shared by Entertainment Tonight, Andre and Olivia were even shown sharing a steamy kiss. Guess, something was brewing up.

Andre Brunelli married a woman named Flavia Brunelli, his alleged wife, in January 2020. The two recently celebrated their first wedding anniversary, while Andre took it to his IG to let the world know,

“In just one year you have been able to influence my life in many ways, such a beautiful woman and with a lot of faith in God. It’s been 4 months here in El Domo and I just wanted to tell you that I love you.”

Also, a Reddit user shared a screenshot of his then-FB-post (now-deleted) boasting about his marriage. It read,

“2020 I married my better half, my wife is really one of a kind. A ride or die forreal forreal [sic]. I love you and I’m so proud of you and grateful for how strong you have been what is now almost four months away from each other.”

So, now here comes the question. Since Andre joined Love Island in August that year, was he still married to Flavia? Well, Andre himself didn’t comment on the matter, but it could entirely possible that he has since gotten divorced.

As per some fans, Andre could still be married and joined Love Island just for clout. 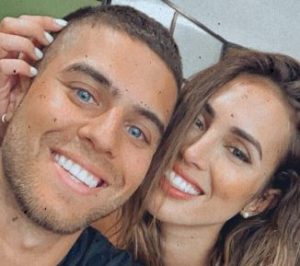 Andre Brunelli is open about being a father. He often flaunted his daughter Kylie over socials — facetime or taking her to soccer games.

If you are wondering if Andre’s wife Flavia is his baby-mother, then we’re on the same page.

Corresponding to his birthday, Andre is of the Virgo zodiac.

Andre Brunelli is the son of Jose Luiz and Linda Brunelli. His mother, Linda is the owner of “K Diovanna Jewelry” which sold handmade jewelry that was customized and made into individual pieces.

According to Andre, his mother was the “most loving, hard-working, loyal, affectionate mom in the world.” She moved to the US in 1998 (while Andre was six), and resided a few miles from the twin towers on 9/11.

Andre got his US citizenship in May 2019.

If we have to take a guess, we’d say Andre was close to his mother among his parents.

Talking about Andre’s siblings, he has three brothers named Rafael and Tiago (twins), and Lucas Brunelli. They were all very much into soccer.

Unfortunately, we couldn’t find him over TikTok.

Andre Brunelli described his job to be a “model, chef and athlete”. We don’t know much about his chef career but Andre is a NEXT Models and LA Models represented face who has appeared on Jennifer Lopez’s “Cambia el Paso” music video.

Also, Priya has been featured in print campaigns for Adidas and Original Penguin.

As for his soccer time, Andre played for the college team during his time at the University of North Georgia. He studied criminal justice there for one year in 2010 and then moved on to play professional soccer in Brazil.

Reportedly, doing his stint on Domo Del Dinero, Andre entertained over 15,000 fans, and he was called “Capitán” by his friends for his leadership abilities.

In 2021, Andre was living in Miami, dedicating his whole life to modeling. He then flaunted a net worth of above $1.5 million.

Just in case you want to know, a fashion model in Miami made around $88 thousand per annum then.