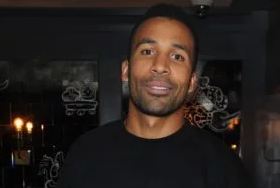 A freelance journalist and music executive, Matte Babel rose to stardom as the boyfriend of “Pretty Little Liars” alum Shay Mitchell. He would eventually become the actress’s baby father.

Scroll through Matte’s wiki-style biography to learn more about him!

On 13th October 2019, Matte Babel turned 39 years of age. A Libra courtesy of Sun sign, he celebrates his birthday on the same day as Instagram star Taylor Alesia.

Matte holds Canadian nationality; his family hails from Toronto. Ethnicitywise, he identifies as an African-Canadian.

With no Wikipedia profile available on Matte, fans have found it difficult to extract details about his biological parents and siblings.

A communications major, Matte also works as a freelance journo. He joined the Canadian news network “CP24” in 2009.

Matte – who is yet to dabble in acting and star in movies – reportedly flaunts a six-figure net worth.

Matte Babel’s romance with actress Shay Mitchell commenced in late-2016. The lovebirds’ mutual friend had introduced them in LA.

Matte and girlfriend Shay’s dating life entered the public fray after they took a trip to Tulum, Mexico for a new year’s eve celebration in 2017.

Two and half years into their dating life, Matte and wife prospect Shay blessed the fans with the pregnancy news. Showcasing her baby bump via social media, the actress revealed the child’s gender as a girl. 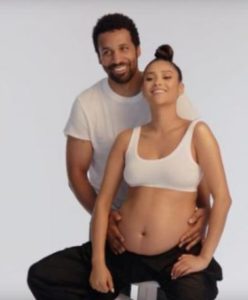 In mid-October 2019, Matte and girlfriend Shay welcomed their firstborn. The pair, however, didn’t share the name of their daughter at the time.

Months before giving birth to their first child, Shay had opened up about her reluctance to undergo C-section and get an epidural. Meanwhile, Matte had wished his daughter to own the Libra sign.