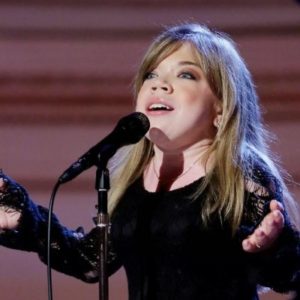 Alena Galan described herself as a singer-songwriter, actress, advocate, role model, spokesperson, and a few other titles in her Linkedin bio.

For education, she graduated with an MBA and Bachelor’s Degree in Marketing from Quinnipiac University. Moving on, the aspiring singer auditioned for X-Factor (Nassau Coliseum) and performed in several musical events.

Over the course, she did all kinds of jobs, serving as a spokesperson and fundraiser at the National MPS Society or as a news intern for CBS New York.

However, any of these is not how she became known to people. Instead, it was her TLC‘s sMothered appearance of which she turned into a TV star.

Tune in, and find out more about “bright and bubbly” Alena Galan.

As of the 15th of May 2020, Alena Galan had turned age 21. Although the precise day, she grew up celebrating her birthday, stayed aloof. And therefore her zodiac sign too was unheard of.

Alena Galan, a fostered child, only three-years-old was adopted from an orphanage in Krasnoyarsk, Russia by her now mother Marcia Galan.

Also, Alena grew up to have a very tight bond with Marcia, part of which got featured on TLC’s sMothered.

Having lost her mother soon before adopting Alena, Marcia believed Alena was the ultimate gift from her mother. Marcia explained,

“It was destiny and we were meant to be together. … Who could be closer than that — a match made in heaven, a gift from my mother!”

After the mother-daughter pair became part of the reality show, they were even criticized for the extent of love they felt for one another. Words like “strange” or the comments like they were “too close” were passed on by people watching the reality TV drama. 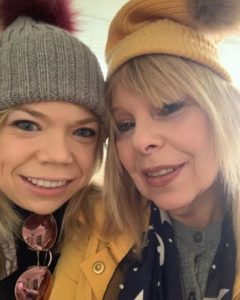 They, however, took everything lightly and laughed it off— to which their words were:

“We don’t have a strange bond. However, we do have a strong bond. Having fun and acting silly at appropriate time is just between us.”

It seemed, Alena and Marcia only had each other in the family. And Alena, devoid of any siblings, seemed to not care about the whereabouts of her birth mom and dad.

Alena Galan was diagnosed with a rare genetic disease, medically termed MPS VI, when she was very young. This rare enzyme deficiency in her stunted her body’s regular growth. As a result, her height grew to a limit of 4 feet and 3 inches. Also at some point, she weighed less than 30 kg.

Back then, after the diagnosis doctors predicted that Alena had at most five years to live. Luckily though, when 8-years-old, she met Dr. Max who was indeed a god sent. Thanks to his treatment, Alena became one of the first people in the country to receive an enzyme replacement infusion to fight the disease.

Alena went through multiple surgeries and was continually in and out of the hospital. And lately, although having prescribed a five-hour infusion of medicine every week, she is happy to be living many more years, against all odds.

Until the 23rd of June 2020, Alena Galan had more than a thousand followers on her Instagram while she had less than a hundred people following her on Twitter and Facebook.

Alena Galan and her mother Marcia Galan got featured as one of the mother-daughter pair in season 2 of sMothered.

The premise of the show was such that it followed six mother-daughter duos whose relationships sometimes were “a little too close for comfort”.

Most lately, besides her reality TV job, Alena worked as an informational technology specialist at Quinnipiac University. And for net worth, she hoarded somewhere under $100 thousand worth of assets.

Alena Galan was yet to reveal the scoops on her dating life if in case she had a boyfriend. Although her audience is hopeful that the show will discuss her relationship experiences, now and then, in its forthcoming episodes.

A brief look over Alena’s Instagram informed she has had some guy friends. But there were no further clues if she was romantical with anyone.