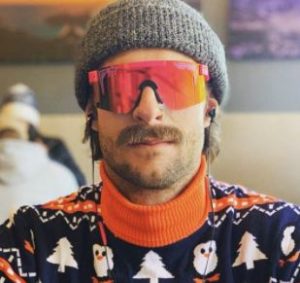 Fans of Bravo TV’s Below Deck Med are familiar with Aesha Scott. She became known for her bubbly burst of positivity. Circa 2020, she gained more attention as she introduced her newest love interest to the world. Her boyfriend was non other than Scotty Dobbo.

Scotty is a very adventurous guy who loves hiking, rock climbing, biking, horseback riding, canoeing, and even driving an old ambulance around.

Let’s unveil more about Scotty and his girlfriend Aesha. Also, learn about his bio, age, family, job, and net worth.

Being born in April with the real name Scott Dobson, he possessed a zodiac sign of Aries.

Scotty Dobbo was raised in Tauranga, New Zealand by his parents: Les and Jana Dobson. Other than his parents, he has two siblings Brooke and Jeff. However, other than their identity, he didn’t share more info on them.

Besides soccer, Scotty grew up playing cricket and volleyball.

Scotty Dobson is a tall guy with an impressive height of six feet one inch (1.85 meters) and owns 180lbs weight.

More about his distinct features: Scotty owns an athletic body and does a lot of workouts to maintain his physiques.

When it comes to social media presence, Scotty is not very active on those platforms. He only uses Instagram under the name @scotty_dobbo. By 2020, on his account, he had gained more than 1K followers.

Scotty Dobbo attended Tauranga Boys College and for his further education, he joined California State University – East Bay. In the year 2014, he completed his education achieving a bachelor’s of art while double majoring in psychology, and statistics

Throughout his University years, Scotty was a soccer star — first for Dominican College’s Chargers and CSU-ES’s Pioneers.

While Scotty was studying at university, he started working as a bartender at Residual Sugar Wine Bar.

Later, after completing his university, Scotty began his job at The Grill House as a bartender. Moreover, from his career period, he hoarded an estimated net worth of under $400 thousand.

Scotty’s IG bio read, “Sailing the Storm through Life and Loving every Capsized Moment of it”. Likewise, it noted he was the brand ambassador for Mountain Culture Co [@rmubreck @rmuoutdoors].

Scotty Dobbo became the talk of internet after Aesha Scott introduced him to her fans.

Aesha also hails from New Zealand and lives a very adventurous life. Drawn to yachting early on, she had earned years of experience in the industry and even appeared during Season 4 Below Deck Med. In a August 2020 episode, Aesha returned and boarded The Wellington as the new second stew. 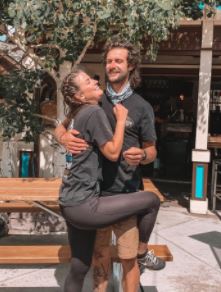 Before getting into a relationship with Scotty, Aesha dated British deckhand and co-star Jack Stirrup. Throughout season 4, Aesha and Jack looked adorable and while leaving the boat people believed that the couple will stay together.

Sadly, the thing people predicted decidedly did not happen as after the show they went separated ways. According to distractify.com, after the season, Jack went back to England and got back with his ex Kelly Hidge without ending things with Aesha.

Aesha later found out about them after Jack’s ex DMed her by saying not to call her boyfriend Jack. After that, Aesha and Jack ended their relationship over the phone and did not talk for a while. However, they later became good friends.

Moving back to Scotty and Aesha, news about their relationship was heard first after Aesha posted a picture with Scotty and wrote a caption with a heart emoji.

Later, they openly talked about their relationship in the public and also flaunted a picture together on their Instagram respectively.