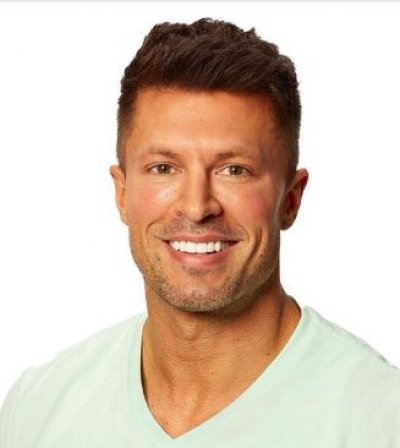 With the Sixteenth Season of The Bachelorette airing on ABC on October 13, 2020, 39 years old Clare Crawley became the oldest Bachelorette in the show’s history.

31 men were introduced to Clare. Among them is our fun, outgoing and charismatic gentleman with the name Zach Jackson a.ka. Zach J. who vied for Clare’s attention. Clare, meanwhile, had already experienced roles as the runner-up on the 18th season of The Bachelor, as the lead of the 16th season of The Bachelorette, and as the participants on seasons 1 and 2 of Bachelor in Paradise, and on Bachelor Winter Games.

Here’s everything you need to know about Zach J. and his chances with the Sacramento, California born hairstylist.

Zachary Jackson grew up celebrating his birthday every year on the 27th of September. Based on the fact, one can say his zodiac sign is Libra.

Zachary Jackson hails from his hometown in Yakima, Washington. But, at the time of this writing, or before coming to The Bachelorette, he lived in St. George, Utah.

Also, at the time, there was not much intel to reveal on his parents or siblings (if he had any). Maybe he will tell one or two things on the reality dating game show.

Zachary Jackson stands to a height of 5 feet and 11 inches i.e. 1.80 meters. Sometime in June 2018, showing off his awfully well-toned muscles and abs via a mirror selfie, he had written on the caption that he weighed around 195 lbs.

Judging from his passable model physique and handsome features, there is no doubt he is going to land some more TV shows appearances.

Zachary had 13.8k followers on his Instagram (until late-October in 2020). For some reason, he shared very rarely on the platform.

Further, he is also on Facebook and Twitter, and with comparatively a very fewer number of people following him.

The only fact that we know regarding Zachary Jackson’s education is that he graduated from Davis High School.

Moving onto his job, Zachary is the founder of a cleaning service company with the name Cleaning Dino and based in St. George, Utah. As per the website, they provide quality housekeeping services in both residential and commercial spaces.

Also, with his partners Taylor and Burke Martin, Jackson Zachary serves as a co-founder of a CBD company called VidaNativ. They merchandise the “best skincare ingredients” and CBD-infused products including creams, bronzers, gummies, and oils.

This way, Zachary Jackson successfully pulled in over $800 thousand net worth.

The October 27 episode of The Bachelorette officially confirmed that Tayshia Adams. And this happened, taking into consideration the fact that Crawley has already been referring to contestant Dale Moss as her “future husband” and “fiancé” after two rose ceremonies.

But surely, Zach did not get his chance with the new Bachelorette. Because, the most recent episode until now, saw him Zach being sent home by Chris Harrison.

This surprising turnover was followed by a pool incident when Clare had leaned in to kiss Zach before suddenly stopping. In the confusion, Zachary had grabbed Clare by the arm and the waist to “pretty forcibly” pull her back into a kiss. 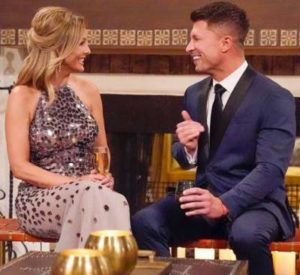 Then we saw Zach was joined, for his candlelight dinner, by Chris Harrison. These were the show host’s exact words,

“I know I’m not who you were hoping to see. Clare isn’t coming to dinner. And unfortunately, this means that I will have to send you home.”

In his ABC bio for the show, Zachary reveals he had a major crush on Clare ever since seeing her tell off Juan Pablo during the finale of his season.

What Is Zachary Jackson Ideal Girlfriend?

Zachary Jackson always wanted and tried to put it clear that he went on the show only because he believed the leading lady Clare was the perfect woman for him.

Had things gone as he planned he was prepared to lay it all on the line for the woman of his dreams and hopes. He even thought of introducing his ideal lady. ie. Clare as his fiancée to his mother.

In the meantime, the empathetic, fun and clever Zachary may need to search for his ideal partner someplace other than The Bachelorette.

Circa 2016, everyone was well aware of the fact that he was dating Tamaria Kemmling, a former NFL cheerleader, who is now happily married to someone other than Zachary.