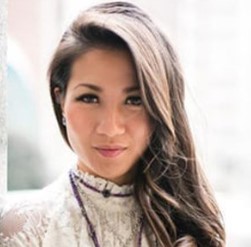 Wendy Nguyen is a California-based star blogger who constantly writes her life journeys and childhood memories on her blog wendylookbook.com.

Besides, she also posts DIY videos on YouTube — some people even go to call her ‘how to’ queen. Wendy skyrocketed into fame after her video 25 Ways to Wear a Scarf in 4.5 Minutes! rocked the Internet–it garnered more than 44 million views.

Know more about Wendy’s bio, net worth, and dating history by looking at the article below laid out in a wiki-style format.

Wendy’s parents raised her in Vietnam, alongside her brother. Later, the family moved to America only when Wendy was eight years old.

For education, she went to the University of California in Berkeley, California, and graduated with a bachelor’s degree in Psychology.

Upon her graduation, Wendy Nguyen started to work as a banker in San Francisco. Additionally, she worked as a teacher at the San Francisco Juvenile Detention Center.

As for her career in the entertainment industry, she has worked as an actress, director, writer, and producer.

Wendy also worked as a writer and producer on Come Back to Me (2010) and Be Your Shoeself (2012). No doubt, such an excellent career of Wendy’s has awarded her with lots of fortune and net worth.

As mouth-watering her career is, so is her physical looks. She looks attractive and stands at a height of 5 feet 4 inches (1.65 meters). 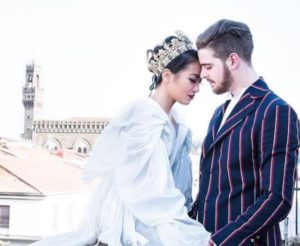 Wendy met her future boyfriend Colin R. Gardner, owner of Artemis, in early 2016. They got acquainted at a supper club event organized by her friend where Colin worked as a chef.

Afterward, Wendy and her husband prospect Colin frequented some restaurants and got to know each other deeply. Time swung by, and the pair even moved together to New York City from Los Angeles.

Before dating Colin, Wendy was in a relationship with another guy. In her recent post, she mentioned that she had broken up with her boyfriend just the time she met Colin.

25 Ways to Wear a Scarf in 4.5 Minutes! Colin R. Gardner Come Back to Me Mafia Take Your Shot: Weight of Love wendylookbook.com