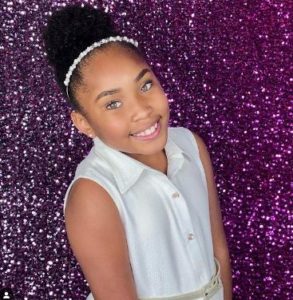 Pennsylvania singer Victory Brinker arrived on AGT in the Weel Six and blew the roof with her performance in the show. She also earned a golden buzzer. Since then fans of the show are excited to learn more about her.

Tag along this Victory Brinker Wiki to learn more about her where we cover details on her parents, adoption, singling, and her age.

Victory’s parents announced her arrival on America’s Got Talent on 31 May 2021 on her Instagram. The caption of the post was: “I’m so excited to finally share my dream of singing on @agt came true! Watch the Season 16 premiere on June 1st @nbc! See how I do in an upcoming episode!”

On her AGT audition, Victory sang “Juliet’s Waltz.” Her performance was so captivating that, all four judges and the host Terry Crews gave her a group golden buzzer. This marked the first time anyone ever got the group Golden Buzzer in the show, and she made history.

On 5 February, Victory Brinker celebrated her birthday. She reached the age of 9 in February of 2021. Furthermore, she owns Aquarius as her zodiac sign.

Yes, Victory Brinker was adopted as a baby into a Pennsylvania-based family with 11 children. Out of the 11 kids, 9 of them were adopted including Victory Brinker.

Victory Brinker was born to her anonymous biological parents. Later, on she was adopted by Eric Brinker, pastor of Impact Life Church in Acme, and Christine Brinker, a naturopathic doctor with a practice, Brinker Family Wellness, in Greensburg, who became her adoptive parents.

While it is apparent, Victory Brinker was born to a Black family, however, there are no details on her biological mother and father. We are yet to know whether she was adopted from inside or outside of the country.

Victory was homeschooled by her mother along with three of her other siblings. Her Instagram also features her family members occasionally. However, Victory isn’t the only kid in the family to become a public figure.

Her brother, Issac Brinker, gained wide fame as a video content creator who became popular on Vine by an array of comedy sketches, family-friendly content, and even showcasing his own written music and covers. His Instagram account (@isaacbrinker) garnered 32.3k followers until July 2021.

Most of her elder siblings are already attending college whereas her younger siblings are yet to attend school as of early July 2021. To before more precise about her siblings, Victory has six brothers and 4 sisters.

Victory Brinker stands tall at a height not more than 4 feet 5 inches (1.34 meters) and is still growing as she is just an 8-year-old child. She weighed about 25 kilograms (55 lbs).

Her beautiful green eyes and sweet smile as she reveals her gapped tooth are her distinct feature.

When most kids at 2, have a limited vocabulary, Pennsylvania’s Victory Brinker started singing songs. She was inspired to sing by the Christian Contemporary Artist Mandisa who helped her build Victory’s more connection with the music.

As her mother put it, Victory has a natural talent. However, it took a while for her mother to find an opera teacher in Pittsburgh because of her age. She started performing at the age of 5. She is a singer singing songs in Italian, French, German, and even Latin.

The young singer discovered Opera at the age of 6. ‘Ave Maria’ the song with Latin and German roots, was the first opera song she had memorized the lyrics and pitches to in a heartbeat in a single day. Some of her favorite songs to sing are; O mio babbino caro, Nessun Dorma, and Ah, je ris de me voir.

Victory started competing in talent shows and won 1st place in most of them. She performed for the first time at a talent show for children where she performed ‘Ave Maria.’ She brought home 11 first-place prizes out of 12 that she participated in.

She had also performed at Carnegie Hall in New York City, perform the national anthem before the Utah Jazz game, The Star-Spangled Banner” for the 133rd Pittsburgh Pirates, NBA game, Saint Vincent College basketball games, and at the President’s Athletic Conference Championships.

The Opera songstress also opened for Gianni Russo at the Butler Italian Festival in 2018.

Besides music, Victory also pursued a career in movies. She has landed minor roles in a few short films and appeared in two feature films. She also runs an eponymous YouTube channel. The channel contains 20 videos of Victory performing at several venues. She earned a total of 880 subscribers as of July 2021.