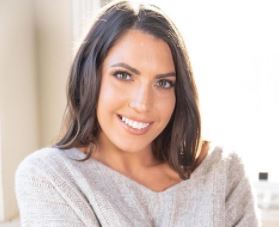 Appearing amongst the 32 participants of Matt James’s season of The Bachelor is the self-proclaimed “queen”, Victoria Larson.

Making a grand entrance, the straight forward Victoria, planed to be direct in pursuit of Matt. It seemed like this girl knew what she wanted and she wasn’t letting anyone stop her from reaching her goal.

Here is everything we know about her shared over this wiki.

Corresponding to her birthday, Victoria is of Capricorn zodiac.

Just in case you missed it, Victoria threw a big 27th birthday party in Florida during the COVID-19 pandemic. For which, she was criticized by the fans for jeopardizing the safety of herself and others.

Though not much was shared about her family, Victoria Larson mentioned that her parents raised her Catholic. Also, details on her siblings weren’t available. However, we’ve come to know that Victoria has a grandmother named Agnes Kiernan Larson and a relative Mary-Anne Keane Larson.

Victoria was living in Los Angeles, CA while she appeared on The Bachelor season 25. Before that, she lived in Fort Lauderdale, FL and from the looks of it, her hometown probably could be New York.

Over Instagram, dated Dec 2020, Victoria talked about her life difference living in LA and FL. She wrote that in Florida: she was happy with her friends and the weather but wanted to ship my things from LA and missed her family in NY. Meanwhile, in Los Angeles: she loved her work, friends, and felt lucky to have her home there. She concluded, “Does anyone else have their heart in more than one location or am I just indecisive?”

Trivia: Victoria is fluent in English and Italian.

As for the rumors reading her boob job, Victoria didn’t confess to any plastic surgery. We could often see Victoria flaunting her body over her social media. For all we know, they could be all-natural as well.

By Jan 2021, Victoria garnered 6K followers over Instagram. Apart from herself, and her pilates contents, Victoria’s Goldendoodle was often featured over her IG.

Victoria Larson is a pilate instructor, real estate agent, and entrepreneur. She invested in a few businesses in the health and beauty space and even owned her own program called “Victoria Larson Health.” She mentioned that she worked with “models and others detoxing from big pharma in the hope to help align them with their true life path and purpose.”

But before venturing into her current trade, Victoria lived a jetsetter lifestyle. She is a former flight attendant and even took jobs at different places. Also, Victoria once tired her luck at the Miss Califonia USA pageant. Her goal was to use the platform for stricter pharmaceutical laws, as she herself struggled with addiction in her early life.

In light of her education, Victoria attended Florida State University, and also studied at Institute for Integrative Nutrition.

Making quite an impression on her entrance — riding a palanquin instead of the traditional walking out of a limo, Victoria Larson surprised The Bachelor fans. Moreover, wearing a tiara on the first night of the season, proclaiming herself a queen, Victoria also subjected herself to be quite a matter of controversy.

Rumors had that Victoria was going to be season 25’s “villain”; basically another Corrinne.

As for the bachelor, Matt James’s view on the matter, he shared that he appreciated what Victoria did. He added,

“Whatever you need to do to stand out, she did it!”

Victoria Larson wasn’t afraid to share that she had a “big personality” and her ideal man would be a “strong man who can keep up but who won’t be controlling in any way, shape, or form.”

Furthermore, she wanted the three basic things everybody desires in a relationship: “ loyalty, honesty, and independence.” However, as meditation and spirituality played a vital role in Victoria’s life, someone sharing the passion would be a plus point.

And lastly, one thing that she hated the most, was a man who can’t keep his room clean.