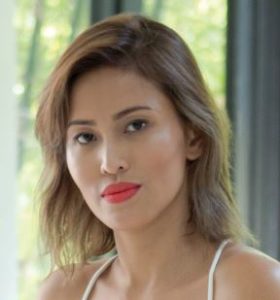 Netflix‘s new reality show about rich Parisian people and their rich dramas, The Parisian Agency: Exclusive Properties, premiered on 23 June 2021. The reality show follows the Kretz family, a rich French family who run a family business that was a luxury property business for rich clients in France as well as all over Europe. One of the members of the Kretz family is Charina Sarte, the wife of Valentin Kretz.

This Charina Sarte wiki will cover everything you need to know about Valentin Kretz’s wife. At the end of this article, you will not only know who Charina is but will also come to know her age, job, family info, etc.

Charina Sarte celebrates her birthday every year on the 21st of July. And when Philippines Tatler covered her article in August 2015, she was 36 years of age. That means Charina was born on 21 July 1979. And as of June 2021, she was 41 years of age.

Furthermore, because of her 21st of July birthday, her zodiac sign was Cancer.

Charina Sarte grew up in a large Manila family full of designers and fashion enthusiasts. She had a lot of cousins who were already designers and well connected to the fashion industry when she was only a child. During her early childhood, she got to know different models and celebrities through her family. Charina considers Dobie Aranda, one of her designer cousins, as her mentor and guides in the industry.

Charina was born and grew up in Manila, Phillippines. So obviously, her nationality was Filipino although she was currently based in Paris.

Charina Sarte stands at a height of 5 ft 7 inches, maybe a tad shorter than that. She is an overall beautiful woman with brown hair and brown eyes and high cheekbones.

As a fashion designer, Charina had a decent following on social media, especially on Instagram. As of June 2021, with her over 2k posts, Charina had earned over 52.3k Instagram followers.

She also had her own Facebook page which had about 3.1k likes and 3.2k followers.

Charina Sarte has often been cited as one of the biggest names in the fashion industry within and outside of the Phillippines. Although Charina had no formal training in fashion designing, she learned the craft from her large family full of fashion designers.

Charina had her own brand called Charina Sarte. The website of the brand says that the Charina Sarte collection “features fabrics and shapes suited for days traveling under the (Filipino) sun.”

Charina’s boutique shop was located in 8247 Unit 8 Camachile St. Brgy. San Antonio, Makati City, the Phillippines. Most of the dresses that were available in her shop cost about $350, give or take. Some of the dresses in her collection were also available in The Cool Hour, the international online shop for designer clothes and other beauty products.

With Pie Alazrez, Charina launched a new loungewear line for mothers and their kids in January 2021.

By 2021, Charina Sarte had collected a massive net worth of over $2 million.

Does Charina Sarte Appear On The Parisian Agency?

Yes, Charina Sarte does appear on The Parisian Agency: Exclusive Properties. She is married to Valentin Kretz, one of the Kretz’s, the show focuses on. The Kretz family consisted of parents Olivier Kretz and Sandrine Kretz, the eldest son Martin Kretz, the middle sons, Valentine Kretz and Louis Kretz, the youngest Raphael Kretz (not yet part of the family business), and their respective spouses.

The first season of the show with 5 episodes was released on Netflix on 23 June 2021. They are now available to stream on Netflix.

Charina Sarte And Valentin Kretz: Wedding, Any Kids Yet?

On the website of the Kretz family business, the description of Valentin Kretz says, “Valentin worked one year in New York and one year in Hong Kong and the Philippines where he met his wife, a fashion designer renowned in Asia and the US.”

And although the website does not say when was it that Valentine met his wife, after a brief research on Charina’s Instagram, we found out that Charina and Valentine started dating in 2013. They eventually got married in July 2017 and had their first kid, a son they named Noah, in December 2017. 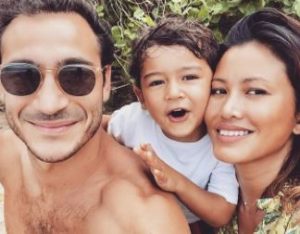 Charina Sarte with her husband Valentin Kretz and their son Noah circa December 2020 (PC: Valentin’s IG)

Talking about Valentin, we have already mentioned that he worked for his family property business. According to the business website, he was an associate director. While his Linkedin profile said that he was a broker in the company, and he has been working the job since 2014.

He briefly worked as a real estate broker for Harmonycity Corp in New York and Colliers International in the Phillippines. He was also a business development manager of his wife’s fashion brand.