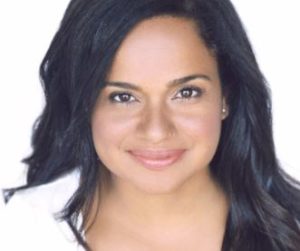 Tracy Vilar is Yolanda in Netflix‘s upcoming drama series Maid. The show that will premiere on 1 October 2021 will follow Alex, a single mom working as a maid to put food on the table for her family.

Maid is written and executive produced by Molly Smith Metzler and features Margaret Qualley as the lead Alex. The other cast members in the show include Andie MacDowell, Nick Robinson, Billy Burke, Anika Noni Rose, among others.

This article will focus on Tracy Vilar, who plays one of the main supporting characters, Yolanda. Find out everything you need to know about Tracy. Find out about her husband, about her parents.

Tracy Vilar was born to parents Richard Vilar and Sarah L Vilar. We do not know much about her parents except that she loved them. And that they sometimes appeared on her social media, especially her father, and especially on father’s day.

Growing up, Tracy had a sister called Kelly Vilar who currently lives in New York City and is a CEO at Staten Island Urban Center. Kelly studied professional studies in Human Services at Metropolitan College of New York and public and urban policy at The New School for Social Research.

Is Tracy Vilar From Puerto Rico?

The surname Vilar does exist in Puerto Rico, and the Vilar family might have some Puerto Rican heritage. But Tracy Vilar herself was born in New York, United States. According to her sister Kelly’s Facebook page, their hometown was Harlem, New York.

Tracy Vilar is a tall woman and has a height of 5 ft 6 inches. Furthermore, she has lush dark hair and brown eyes.

Tracy Vilar was present on all three major social media platforms but she was not a very popular social media personality. In fact, the bio in her Instagram handle, @tracyvilar says that she was a “Funny Girl, Drama Girl, Fun Mama & Wife, Writer, Producer, and an Insta Beginner.” She had 557 followers on her Instagram.

On her Twitter, @tracyvilar, Tracy had 1.4k followers as of Aug 2021. And she had a regular Facebook profile.

Tracy’s Linkedin profile says that she is a “CEO of Harven Entertainment/Comedic Actress/writer/producer/fundraiser”. She also had a famousbirthdays.com profile and an IMDb profile.

And according to her IMDb profile, Tracy has 59 acting credits, the famous of them being the role of Sophia Ortiz, one half of the bickering rival with Netfa Perry’s Sara, in The Steve Harvey Show for 21 episodes between 1996 and 1997.

Tracy made her acting debut in 1994 with a TV movie called The Cosby Mysteries. Her first significant role was in a 1995 TV show called First Time Out, in which played the character of Rosa for 13 episodes. After that came The Steve Harvey Show in 1996.

Tracy was educated at St. John’s University. She had a Bachelor of Science degree in communication and media studies.

Tracy Vilar’s husband is Eric Daniel, a writer, and director, whose most popular work was a TV movie called Let It Shine. Eric has worked in more famous movies like New Jack City and Do the Right Thing as a set production assistant.

Tracy and her husband, Eric got married on1 September 2000 and they have two kids together, daughter Lucia Daniel and son Mateo Daniel. 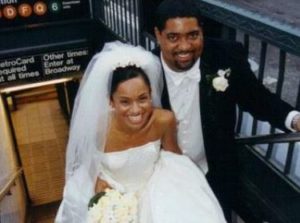 Lucia Daniel, Tracy’s daughter, was a quite successful baseball player. In July 2017, Lucia went on to participate in the Nationals. Lucia’s aunt Kelly posted a Vince Lombardi quote congratulating little Lucia, “Any man’s finest hour is when he has worked his heart out in a good cause and lies exhausted on the field of battle… victorious.”