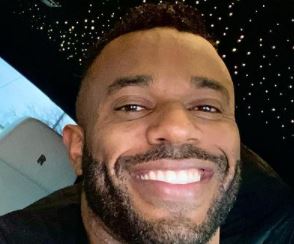 HGTV’s new renovation show, No Demo Reno turned basic boring homes into a dream world, and its host Jennifer Todryk wasn’t the only one turning dreams into reality. Meet Tony Taveras, the guy working beside her, who called himself  “The GOAT.”

Corresponding to his birthday, Tony is of the Capricorn zodiac.

Tony Taveras comes from a family of businesspersons. His parents, Arleen and Ted Taveras are former banking and law firms employees who opened their first insurance business, ILSA, over two decades ago. Apart from offering licensing and compliance services, their company also provided podcasts, live webinars, blogs, and online courses.

Talking more about his family, Tony is related to Edy Taveras, the musician/singer/songwriter Nalisio Taveras, and Ciara Taveras (who was an HR Pro by day and Latin Dancer by night).

In 2021, Tony resided in Dallas, Texas, not much far from his hometown Groesbeck, Texas.

As for his education, Tony went to Groesbeck High School and later graduated from the University of North Texas in 2011.

His distinct features would undoubtedly be his muscular/classic physique body, with no piercings and tattoos.

Tony Taveras’s net worth was under $750 thousand in 2021. The reality star has set his foot in two different professions: bodybuilding and contracting.

Talking about his time as a bodybuilder, Tony is an IFBB Classic Physique Pro. He placed 6th in Miami Nationals and won Kuclo Classic and Universe. His workout regimen included a 6-day routine with 20 min of cardio a day during the bulking season”

In 2021, he was represented by David Whitaker and was a sponsored athlete at Old School Labs. His greatest dream then was to be in the Arnold and Olympia.

As for his job as a contractor, Tony was a managing partner of the Linear Roofing & General Contractors, Texas. Just in case you’re curious, a contractor in Texas earned an average basic salary of $9,750 per annum.

About Tony Taveras Appearance On No Demo Reno

Tony Taveras called himself  “The GOAT”, and he lived up to his title. Over HGTV’s No Demo Reno, Tony was seen fixing things and assisting Jennifer Todryk with the home renovation. Since the show focused on patching things up without any major demolition, Tony’s expertise was far-reaching.

Moreover, his charisma reeled in the viewers as well. A fan wrote,

“So…my new favorite show is No Demo Reno because I (and all of America) get to look at a pretty man (Tony Taveras) who knows how to fix things.”

Tony Taveras had a special someone in his life, and her name is Lauren Marks. The two share a beautiful daughter named Ziva Amor, who was often featured over Tony’s socials. Their little angel turned 1 year old on 15 April 2021.

Recalling their dating history, Lauren shared that it was October of 2017 when the two went on their first date. She added, “In no way could I have predicted that we would be where we are now.” Then, she talked about how Tony swayed her heart — asking her about her passions, goals, and dreams, and encouraging her.

As of 2021, though the love birds were together for over 3 years. But Tony had yet to ask Lauren to be his wife. Looking over their socials, they still seemed to label themself as a girlfriend and a boyfriend then. 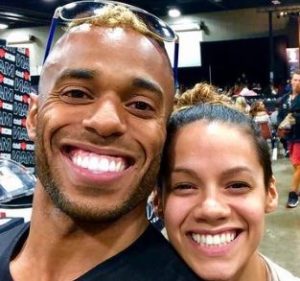 Little info about Tony’s girlfriend: Lauren Marks worked as a forex trader, and resided in Dallas, Texas with Tony and their daughter. Like Tony, she was also a competitive bodybuilder and interested in housings. Furthermore, she tagged herself as an “artist”, and “Latin dancer”.