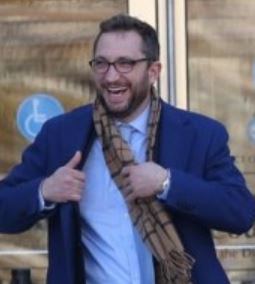 Tim Mynett skyrocketed to nationwide fame after his marriage to senator Ilhan Omar was made public. Immediately, there was a spike in the public’s interest in the businessman-turned-political consultant.

Tag along as we uncover Tim’s essential wikis including net worth, height, age and more. The article also highlights his failed marriage, family background, and LinkedIn details.

On 11th March 2020, Ilhan Omar took to social media and announced that she and Tim Mynett were married. The Democratic lawmaker shared a black-and-white selfie of the two and captioned it with the words,

“Got married! From partners in politics to life partners, so blessed. Alhamdulillah ❤️.”

Speaking to PEOPLE, a spokesperson revealed that Tim and wife Ilhan tied the knot “Islamically and legally.” 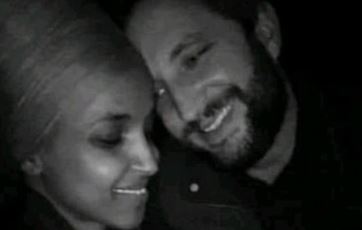 If you didn’t know: A native of Mogadishu, Somalia, Ilhan Omar created history after getting elected to the U.S. House of Representatives in 2018. With the win, she became the first non-white woman elected from Minnesota, the first naturalized citizen from Africa, and the first Somali-American.

Between 2009 and 2017, Ilhan was married to Ahmed Nur Said Elmi. A year before the divorce, the famed politician shot down the claim that alleged Ahmed was her biological brother.

According to reports online, Tim and future wife Ilhan worked together on the politician’s 2018 campaign. His firm “E Street Group” was paid for a wide array of services including fundraising consulting, internet advertising, digital communications, and website development.

Back in August 2019, Tim Mynett’s “affair” with Ilhan Omar was outed by none other than his estranged wife Beth Jordan.

Filing for divorce, Beth accused him of having an extra-marital affair with Ilhan. Per the court documents, she claimed Tim made a “devastating and shocking declaration of love” the politician before breaking things off.

In retaliation, Tim field a separate court document denying Beth’s outrageous claims. At the time, the businessman threw out the suggestions which implied that he was leaving his wife to be with Ilhan.

As stated above, Tim Mynett married Ilhan Omar in a Muslim ceremony. Safe to conclude that he agreed to do so out of respect for his wife’s faith.

Coming to his religious belief: Tim isn’t Muslim — barring future revelations from his and Ilhan’s camp. As things stand, his religion was Christianity.

As of 2020, fans of Ilhan had yet to launch Tim’s Wikipedia profile. As such, extracting details about his biological family including siblings and parents became impossible.

Coming to his educational background: Post-high school graduation, Tim enrolled in the State University of New York at Albany’s Political Science program. In 2003, he graduated with a Bachelor of Arts degree.

Between 2001 and 2002, Tim attended the University of KwaZulu-Natal for a semester and studied Politics of the Developing World.

How Tall Is Tim Mynett? Net Worth, Job, Career Details

Talking career details, Tim Mynett entered the workforce after landing the Founding Manager gig at “Alliance For Justice” in March 2004. After four years there, he left for “The Ashmead Group.”

Following a year and ten months stint at “The Ashmead Group,” Tim joined “New Partners” where he held the job title of Senior Director. He parted with the company in January 2014.

In February 2014, Tim got hired by “The Mynett Group” as its Principal. Four years and six months later, he began working as a Partner at “eStreet Group.”

Based in Washington D.C. Metro Area, Tim flaunted a formidable net worth that surpassed the $5 million mark. His salary at “eStart Group” reportedly exceeded the $100 thousand threshold.

Beyond a prolific career, Tim owned applaudable physical attributes. According to several outlets, he stood at the towering height of six feet (182 cm).