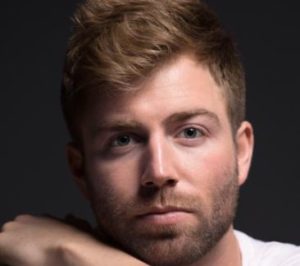 In August 2021, Teddy Rodd became a hot topic of discussion among Bachelor in Paradise fans after Tammy claimed that Victoria P. was dating him outside the show. At the time, Victoria was also romantically interested in James Bonsall.

So, who is he? Stick with this Teddy Rodd Wiki and find out.

As per his birthday, Teddy is of the Libra zodiac.

Teddy Rodd loves his family and he didn’t refrain from showing it to them over his socials. On mother’s day 2021, Teddy took it to his IG to share a picture of his mother Kelly with their dog and wrote, “Love ya momma. Happy Mother’s Day!”

Also, on father’s day a year before that, Teddy posted a picture of him alongside his dad, traveling on horses. How cool is that?

As for Teddy’s siblings, he has a brother named Austin, a football athlete like him. In fact, Austin not only followed in his brother’s footsteps but also wore the same jersey as him (a red no 6).

Also, his TikTok then had 6.2K followers and his self-titled Youtube channel had 3.3K subscribers.

Teddy Rodd is a country singer who is popular for his songs like “Lead Me On” and “Heaven On Dirt”. Over Spotify, Teddy had over 250 thousand monthly listeners in 2021, and collectively his songs have been streamed over 80 million times.

But his most popular song would be “Really Shouldn’t Drink Around You”. It was written by multi-GRAMMY Award-winning songwriters Shane McAnally and Josh Osborne. The song was even featured on NBC’s TODAY Show and in the pages of Rolling Stone, Billboard, and more.

An Akron, Ohio native, Teddy grew up loving the outdoors — fishing, hiking, and played football through college in Ohio. But his passion for music only started after he heard George Strait’s “Troubadour.” One listen, and he called his parents, packed his bags, and hit the road.

Since then, Teddy started playing at bars, weddings, birthday parties, and anywhere that someone would listen. “I wondered if I’d ever get a real shot,” he recalled.

It was the September of 2009, Teddy made his first music. He then moved to Colorado, and things have never been better. Stepping up, he even took his game to Nashville and earned himself a deal with Monument Records in 2018.

Before taking on the singing career, Teddy was a football player, playing for Northwest High School. Also, he loved snowboarding, and one of the reasons why he aspired to earn was to support his snowboarding habit.

Teddy Rodd garnered a net worth of under $1 million by 2021.

Aside from his time as a singer, Teddy also reeled in a few bucks from his merch like “Gin & Platonic T-Shirt” that cost $30.

Yes, the dating rumors are true. Teddy Rodd and Victoria P. have dated outside the camera.

But according to Victoria, their relationship had ended before she entered the show.

However, a screenshot shared by Bachelor Tea claimed otherwise. They believed that Victoria headed to Bachelor in Paradise despite having a boyfriend.

As of August 2021, neither Teddy nor Victoria have shed light on their relationship, and are no longer feared in each other’s IGs. The only link we could find between them was an adopted dog (which appeared on both of their respective IG’s).

So, that would’ve been around the week of May 24, just a little before the series was filmed in June.  This justifies Victoria’s claims.

All the while this drama was unfolding, Teddy remained silent on the matter. But on August 24, he took it to his IG holding a glass of whiskey to write, “Sometimes the whiskey can.”

Perhaps this was his reply to Victoria?