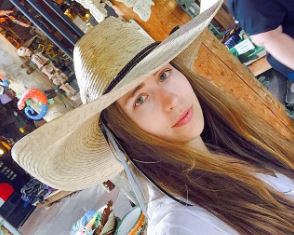 Are you ready for Making It season 3? Well, we are. Returning this season are hosts Amy Poehler and Nick Offerman, alongside judges Dayna Isom Johnson, Simon Doonan, and our favorite author/woodshop master, Jimmy DiResta.

But today, we aren’t here to talk about Jimmy. Rather, let’s take a time out to learn all about his wife over this Taylor Forrest wiki.

Taylor Forrest was reportedly born in 1989. That made her 32 years of age as Making It was all set to premiere in June 2021.

She celebrates her birthday on January 20 and is of the Aquarius zodiac.

Did you notice: Taylor’s reported birth year makes her 22 years younger than her husband Jimmy.

Taylor Forrest didn’t share much about her family. However, there was one person who she couldn’t stop talking about, her mother Terry Forrest.

“My mom has a great eye,” Taylor said.

Also, she recalled her childhood to be filled with everlasting memories of riding horses and “always coming into contact with beautifully crafted bridles and saddles.” Furthermore, what evoked her sentiment was that she grew up riding in her mom’s saddle from when she was young. “That was really special”, she added.

By June 2021, Taylor garnered 12.5K followers over Instagram, and 815 followers over Facebook. Almost every post from then featured her works; which mostly was pieces of furniture.

Also, Taylor was present on Youtube under the channel title “TF” which had 10.1K subscribers. Her videos explored leather and metal works, prototyping products, and homewares.

Taylor Forrest is a furniture designer by profession. She sold her furniture and homewares from her eponymous studio based in the lower east side of Manhattan. Looking at her site pricing, all of her workpieces were over $1600, and the highest then was $3400.

But Taylor wasn’t always a furniture designer. It seems that she started as a fashion designer and slowly shited to furniture over time. She described her work as “time-worn and modern” simultaneously.

Recalling as to how she trained herself, Taylor said, “I always thought school was going to change me”. But she later realized that college might be good for some but “it’s just not necessary.” Thus, taking things one at a time, she “worked within the system.” There even was a moment, when she learned welding from merely going online one day and finding an instructor in her area.

However, Taylor did go to a design school. She attended Parsons School of Design – The New School from 2007 to 2010.

As of 2021, Taylor garnered a reported net worth of under $1 million.

Taylor Forrest first met Jimmy DiResta before 2013. Although it wasn’t clear when the two exactly started dating, we guess that it could be around the same time as well.

Since 2013, the two have often appeared on Jimmy’s post. Hiking through the Ammonoosuc Ravine Trail, or traveling across the state, or just attending a friend’s wedding in Palm Springs, the two were always together.

The couple also spent their 2013 Christmas in Chicago. 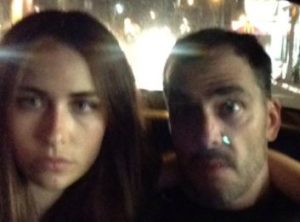 Just in case you are here as a fan of Taylor Forrest and don’t know who Jimmy DiResta is: He is also a wood artist/designer who flaunted over 1.9M subscribers over his self-titled Youtube. Apart from being featured over Making It, Jimmy has also appeared on Trash to Cash with John DiResta (2003) as its co-host.

Besides his profession, Jimmy also has his upgrowing in common with Taylor. It seems that he grew up experimenting with tools and materials in his dad’s shop, while Taylor learned about aesthetics from her mother.