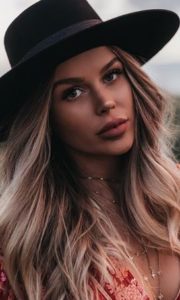 Scroll through the wiki-style article to get familiar with the YouTuber’s personal and professional life.

Skye Maree Wheatley celebrated her 25 years of age on 20 February in 2019. She was born in Queensland, Australia.

Skye has kept her family details to herself as of January 2020. She worked as a barista before her career as an actress kicked off.

She is a high school graduate but no additional detail on that front had been shared in detail.

Besides her career as a TV actress, she started her eponymous YouTube channel in 2014. Her 222 videos have garnered 22 million+ views as of January 2020.

Daily Mail reported, Skye and her husband bought a derelict estate for $975,000 in August. The Spanish Colonial-style mansion is under renovation.

Skye’s career as an Instagram influencer came handy when Coastline Removals & Storage helped her family move into her new home. She thanked the company on her Instagram, handle for reaching out and doing it for free.

Skye is estimated to have a burgeoning net worth of $1 million.

Skye’s relationship with her boyfriend Lachlan Waugh drew attention towards them when they had a baby. Forest Van Waugh, the pair’s baby boy, was born on 24 December 2018.

Lachlan is a September born Australian-native who graduated from California State University with a degree in Computer Science. 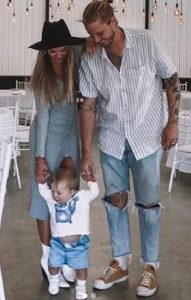 Skye, her hubby and her boy together at Blue Wren (Pic: Skye Wheatley’s Instagram)

As of February 2020, Skye was yet to reveal her big wedding day which fans were patiently waiting to be announced. But it seemed she isn’t ready enough to start her married life soon.

She revealed news of pregnancy through her Instagram on 24 June 2018.  She posts plenty of pictures on her Instagram to showcase her lovely family.

Previously, Skye was in an on and off relationship with Cameron McCristal. The relationship lasted only two years ending in May 2017. Skye addressed her fan’s interest in the reason behind the breakup claiming it was her bipolar personality which lead to the split.