Shock G Wife, Kids, Net Worth, Cause Of Death, Family 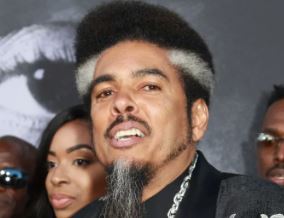 Continue scrolling and discover Shock G’s wife, kids, and family. What’s more, read about his cause of death, net worth, and career.

Shock G Cause Of Death

Shock G’s representative broke the news about his death. The rep, however, didn’t state a cause of death.

It continued— “The cause of death is currently unknown. We truly, truly appreciate all the outpouring of love and concern. Please keep us in your prayers at this very difficult time.”

Edward Racker, Shock’s Father told TMZ that the rapper was found dead in a hotel in Tampa, Flordia. He also shared the authorities were going to perform an autopsy.

Paying respect to his “Digital Underground” mate, Chopmaster J penned a tribute on Instagram. It read— “34 years ago almost to the day we had a wild idea we can be a hip hop band and take on the world. Through it, all the dreams became a reality and the reality became a nightmare for some. And now he awakens from the fame long live shock G Aka Humpty Hump and Rest In Peace my Brotha Greg Jacobs.”

Tweeting an old quote from a popular song, 2pac’s official Twitter page wrote— “I look back [on my times with Shock G] with the greatest fondness. Those were like some of the best times of my life… ”

In a photo with Tupac, Shock appeared several inches taller. In other words, he might have been a little under 6′.

Until 23rd April 2021, Shock had more than 78.1K followers on Twitter. Meanwhile, his Facebook page enjoyed under 1K followers.

What’s more, he was the son of Edward Racker. Sources claim Edward is the Principal at “Racker And Associates.”

After divorcing Shock’s mother, Edward reportedly married a woman named Sonya Racker. As of 2021, Edward and Sonya were residing in Lutz, Flordia.

As for Shock’s other living family members, they are Kent Racker, Elizabeth Racker, Asicela Jacobs, and George Jacobs.

From his career, Shock G reportedly made under $600 thousand net worth.

Shock’s musical journey began after locating to Oakland, California from the East Coast. Together with Kenny K and Chopmaster J, he started “Digital Underground”.

The group enjoyed early success with their single “Underwater Rimes”. Soon after, they landed a deal with the legendary Hip-Hop label Tommy Boy.

In 1990, Digital Undergrounds released its debut project titled “Sex Packets” which had a hit song called “The Humpty Dance”. The music video for the song also featured a young Tupac.

Later, Tupac would tap Shock for his chart-topping song “I Get Around”. In an accompanying music video, he appeared as his persona, Humpty Hump. Additionally, he also produced the Death Row rapper’s record called “So Many Tears”.

Also, Shock produced for other artists including Bobby Brown, Dr. Dre, and Prince.

With Digital Underground, Shock released several projects including “This Is An EP Release,” “Sons of the P,” “The Body-Hat Syndrome,” and “Future Rhythm.”

From what we learned from the internet, Shock G didn’t have a wife. Even the statement confirming his death didn’t mention the rapper had a girlfriend, much less a girlfriend.

Chances are Shock never got married. He may not have a long-term relationship with anyone; well, at least not in public.

Again, going back to the statement, Shock didn’t seem to have kids. Moreover, his Wikipedia page hadn’t stated any sources claiming he had fathered children.

0 Replies to “Shock G Wife, Kids, Net Worth, Cause Of Death, Family”