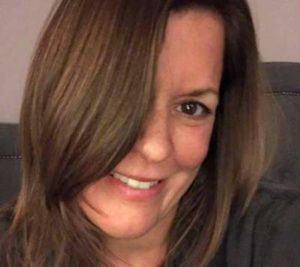 With the beginning of 2021, the Season 7 of 90 Day Fiancé offered a glimpse into one of its member Michael Jessen’s relationship with Juliana Custodio who he married after meeting in a yacht party. And naturally, the marriage brought in concerns for Michael’s ex-wife Sarah Jessen, that if she did or did not get along with the new lady in her former partner’s life.

As per mylife.com, Sarah Jessen turned 44 years of age in 2020. Also, born on the date 12th of December, makes her zodiac sign Sagittarius.

Sarah who also answers to her maiden name ‘Sarah Krimmel’ hails from her hometown of La Salle, Michigan.

Sarah Jessen, with over 37.8k followers (Jan 2021) on Instagram, seemed very open about her personal life affairs on social media. Further, she was active on Facebook and Twitter, though with lesser fame.

Sarah Jessen, now standing to a height of 5′ 8″ and a lately listed weight of under 59 kg, was diagnosed with breast cancer in February 2020. And so she had to undergo surgery several times.

In April that year, Michael had explained her condition with Entertainment Tonight,

“We’re hoping no chemotherapy but with radiation therapy, she should be OK. And with the craziness of what’s going on, she’s maintaining good perspective. She’s doing OK.”

And now, as we write this, she seemed to be doing well, judging by her latest Instagram activities.

At the time of this writing, Sarah Jessen continued her self-employment with Vulcan Construction LLC, Naso, Licatta Wine, CruLuv. She further went on to describe her job since August 4, 2019, as “boss, usurper, helping out”.

Although, she was not presented on the show as either of the two people who do not live in the same country connect and decide that the foreign partner will move to the United States where they are to be married within 90 days, with the help of a K-1 visa.

We saw her rather briefly, as the former wife of Michael Jessen who found new love with much younger Juliana Custodio from Brazil.

During part one of the 16 Feb. 2020 episode, of the show’s Tell-All with host Shaun Robinson, Michael, then 42, opened up about his divorce from his ex-wife of 12 years who is obviously, Sarah.

When asked by Shaun why the two had ultimately divorced after two children and over a decade of marriage, Sarah looking a little uncomfortable had replied, “I’ll let Michael answer that”. And so Michael went on:

“It wasn’t one thing. But I was definitely getting a little crazy with traveling, partying, just trying to escape. I wasn’t feeling very free in life. I was definitely in a very bad downward spiral.”

Hurt by his comments, Sarah had corrected Michael saying:

“I always gave him a lot of latitude. He did a lot of traveling our entire marriage, and relationship even, when we were dating. And so it just kind of surprised me that he would say he felt like he didn’t have freedom, when from my point of view, he did.”

Michael’s ex-wife also implied he was unfaithful to her. Without getting into a full-blown affair, he had surprisingly admitted to “emotional infidelity”, that he had allowed himself to flirt and form more-than-platonic connections with women he met at parties and during his travels.

“Just in the course of partying with friends, like WhatsApp, texting,” Michael explained. “And it would be relatively friendly, but you could tell that it wasn’t just, ‘Oh hey, nice to meet you.’ It would be flirting.”

Sarah Jessen got married for the second time on December 3, 2019, to  New York City living recording artist Sean Naso. (At the time, Sean had 1.97K subscribers on his YouTube channel).

“The best day of my life”, Sarah wrote to a wedding picture of them, with her kids. 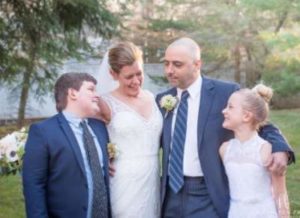 In the beginning, Sarah and the family sure had been concerned that Juliana was in the relationship only for a chance at a new life in America. But, eventually, Sarah warmed up to Juliana and became good friends with her. So much so, she even officiated Michael and Juliana’s wedding. In fact, everyone attended the wedding, including the kids. 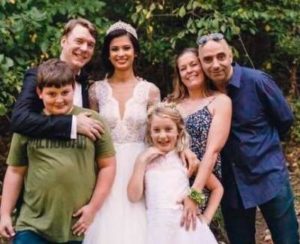 The children were adored by viewers because of their mature and positive attitudes. Meanwhile, Sarah impressed the audience by accepting Juliana.

One More: Yael Shelbia Boyfriend, Net Worth, No Makeup, Young