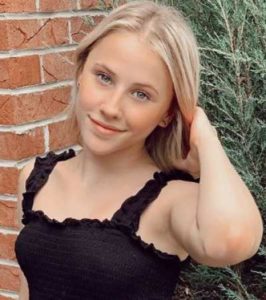 The eighth and final season of Dance Moms last aired in September 2019. Young Sarah Georgiana together with her mother, Michelle Georgiana, was one of the cast members on the Lifetime television network show that starred Abby Lee Miller after she completed her prison sentence and was diagnosed with non-Hodgkin’s lymphoma in 2018.

Sarah’s lifetime dream of dancing for Abby had come true when her name was announced during an Instagram live.

Here is everything you need to know about how Sarah Georgiana is doing after the then-preteen left the show abruptly following her mother Michelle’s shady behavior.

Where Is Sarah Georgiana Now?

Sarah Georgiana had left the show, with only one week remaining for nationals, citing she and her mother were tired of being bullied by Abby and the other moms.

A year later, and she continued living in Pittsburgh, where Abby Lee Miller’s original dance studio is located. And, Sarah is still a member of Abby Lee Dance Company (ALDC), which the fans saw on Dance Moms during the last series.

In addition to sharpening her dance moves with ALDC, Sarah also toured with Revel, which is a company that hosts dance workshops and competitions.

Most lately, we heard her share during a June 2020 interview that she planned on making it big in the entertainment industry. “At 13, it’s hard to say where I’ll end up, but I’m hoping to continue pursuing dancing, acting, modeling, and singing”, said Sarah to Carrie’s Chronicles.

Sarah Georgiana, who loves getting to perform any jazz routine on stage, turned 13 years of age on 26th January in 2020. Judging from the birthday, she celebrates every year, her zodiac sign would be Aquarius.

Her parents decided to relocate the family from Uniontown, Pennsylvania to Canonsburg, Pennsylvania, as the kids started to grow up. 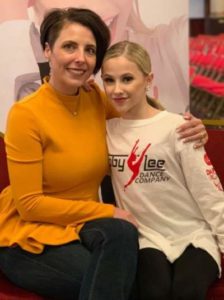 Her father, Lawrence Georgiana has been working full-time as Director Ancillary Services at WVU Medicine. While her mother, who caused a few problems on the ALDC team, back in the days, initially left her teaching job to concentrate on raising Sarah and her two siblings (brothers), Samuel and Nate.

Later, Michelle worked as a part-time director of the school her children attended. Again, eventually, she joined her family’s business, because it gave her more free time that she could spend with her kids.

How Tall Is Sarah Georgiana?

Young Sarah Georgiana stood at a growing height of 4’10” not long ago.

For someone her age, Sarah is already performing fitness routines. Her Instagram and the post and pre-workouts pictures she shared on them speak it all.

Sarah, when she was only two had started taking dance classes the ballet, to be more specific. Then between 5 and 10, she trained at Dance by Cami in Canonsburg, Pennsylvania, eventually taking off to Studio 19 Dance Complex in Mars, Pennsylvania.

Sarah Georgiana is on Instagram. And, she is very popular among her 338k and counting followers on the platform.

It seemed she is also getting to up her Twitter game with over 1.996K followers, as of the date.

So far, she is reported to have already pulled in around $300 net worth.

Regarding her work in the showbiz world, Sarah happens to be the only season 8 cast member to be an official ALDC member off Dance Moms. Even so, she continues her good friendship with Dance Moms dancers GiaNina Paolantonio, Lilliana Ketchman, and Pressley Hosbach.

Somewhere around in 2019, she also started modeling for SugarLuLu dancewear and played the part of Melina in a short film called Before the Fourth. Not to mention, she was also in a commercial for the Horizon group that was featured on Nickelodeon.

Most lately, just before the Covid-19 pandemic hit the country hard, Sarah was hired as a stunt double for the AMC anthology series Dispatches from Elsewhere.