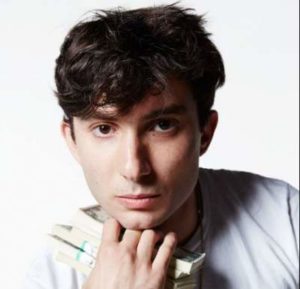 So, the American rapper, singer-songwriter, and actress, Azealia (Amanda) Banks went off the market in 2021.

Claiming “I’m Jewish now” she showed off her engagement ring that featured a menorah, a religious Jewish symbol, on Instagram on Feb. 22, 2021. And not beating about the bush, she also made sure the world knew the man she is engaged to. He is no other than the conceptual artist Ryder Ripps, who described his art pieces as the “art that uses online avenues to expose how social media can amplify narcissism and fear.”

In the writing below, learn everything there is to about him and his relationship dynamics with the Love Beats Rhymes star.

Read Next: BOLO The Entertainer Wiki: Net Worth, RHOA, Height

Ryder’s parents Helene Verin and Rodney Ripps got married in 1979. His mother, now a designer, professor, author, and collector used to be former assistant director of special projects at KTCA‐TV in Minneapolis. She graduated from the University of Wisconsin. At the time she married, her father was a former president of Chicago Aligraphy Inc.

On the other hand, Ryder’s dad, Rodney, is an artist and alumnus of Hunter College. His LinkedIn profile, recently, described him as a salesperson at Halstead Property.

It seems Ryder is the only child of his parents. He was raised following the Jewish faith.

Speaking of his education, he graduated with a BA in Digital Communication and Media/Multimedia for The New School in 2008.

Anyway, that been said, Ryder Ripps’ net worth (until early-2021) was reported as an estimated $700 thousand.

Also, according to his LinkedIn, he is a creative director at OKFocus. Since his joining in Sep. 2011, he has been working there for almost a decade now. As part of the job, he notably served clients including Nike and Bruno Mars.

His oil paintings, based on model Adrienne Ho’s Instagram posts, had caused some controversy even resulting in an anonymous death threat.

Just so you know, he is the same Ryder spotted in the famous iMessage exchange with Kanye West back in Sep. 2018.

Kanye had invited his audience into his iMessages exchange with Ryder Ripps, where the two artists discussed the dictionary definition of the word “excited” and the meaning of positivity. In a gentle-man-ly way, Kanye had requested Ryder, “May I tweet this exchange?” before he put it on his Twitter wall.

By now, we know Ryder and Azealia are not just in love but also engaged. And that the outspoken and controversy-prone Azealia has converted herself to a Jew.

Until now, no one knew for sure, how long the pair have been dating. It was only in early Feb. 2021, when Azealia for the very first time hinted at their otherwise secret romance.

They started making subtle appearances on each other social media only in Feb. 2021. Like the time when Ryder shared a solo snap of Azealia writing, “life is love and food” for a caption or the time when Azealia shared a capture with bare-chested Ryder giving her a peck.

Later, the same month, came in this announcement from Azealia, who had freshly made headlines for making earrings from the bones of her dead cat Lucifer.

Still, their relationship dynamics and wedding plans remained unheard topics to their fans. 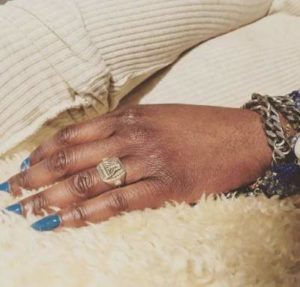 Yet to feature properly and publicly in a picture alongside Ryder, Azealia was previously linked to Bring It On actor Jesse Bradford and a happily-married comedian Dave Chappelle.