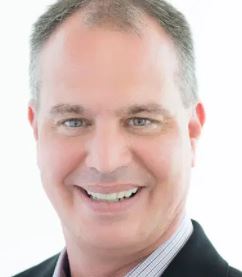 Richard Scott Smith is the infamous name that kept repeating over the Showtime documentary, “Love Fraud” for allegedly marrying and stealing.

Being connected with over a dozen women, Richard married them under different aliases, convinced them to put their property in a joint account, and then took off with it.

Let’s take a look at the insides of the conman, Richard Scott Smith through this wiki-style article.

It was Lisa Lenton’s blog that brought together the victimized women. In 2012, as Lisa fell for Richard’s con game, she started the blog so others would be warned.

Out of which, Richard wived eight or nine of them.

While some wives felt “wiser and more cautious” after getting conned, others were devastated. Love Fraud‘s Director Heidi Ewing shared,

“One man’s wife was conned by him and ran off with him taking his assets, and he’s still in love with his wife, and he’s burned, and he’s trying to get her back.”

Where Is Richard Scott Smith Now?

As of now (Ausust 2020), Richard Scott Smith was reported to be in Johnson County, Kansas.

He was living with a woman until Love Fraud‘s tailer made its way to her and she dumped him. So, he could be anywhere now.

Moreover, he seemed to be back into his con game. Love Fraud‘s director Rachel Grady shared that Richard didn’t let the woman he was living with, watch TV, or talk to her relatives.

Also, co-director Heidi Ewing revealed that Richard got away despite them getting close to him a few times. He added,

Some reports on him according to the timeline included:

In Sept 2015, Richard was arrested for domestic abuse and was put on probation (the women liked to remain anonymous).

In Feb 2017, he was charged with forgery and identity theft in Johnson County, Kan. Allegedly, he maxed out his former fiancée’s credit cards and emptied their joint account.

However, he was released after posting a $10,000 bond. Later, the charge on forgery was dropped and Richard only pleaded guilty to identity theft and was sentenced to 10 months in jail.

As of August 2020, Richard Scott Smith had no social media presence. He was not found on Facebook nor Instagram.

It only seems logical that he wouldn’t make a social media account.

Taking his “game” into consideration, it’s hard to establish Richard Scott Smith as a family guy. Also, most of his relatives were kept anonymous.

However, a few names have popped up as his family members and associates. According to “mylife.com”, they are —  Kevin Smith, Darrin Quick, Teresa Phillips, Welai Mccoy, and Beverly Tabor.

There were rumors that he and his brother were legally adopted and their names changed to Smith when their mom got married to his stepdad, Ray.

As for his early life, not much was known. All that’s shared was he lived in Atlanta, Canton, and Warner Robins, GA.

Apart from this, Richard is of American nationality and a registered Republican as well.

Corresponding to his birthday, Richard is of Pisces zodiac.

Richard Scott Smith’s net worth was estimated to be over $2 million in 2020.

While we know his real source of income was as a “conman”, Richard was reported to have had other jobs too. He operated a short-term housing solution on “corporatehousing.com”.

Also, he had a similar company called Prestige Corporate Living that was taken down before 2015. He acted as CEO under the allies Rick Smith.

According to “mylife.com”, he worked as a partner at Ford And Harrison.

Details on his education were not found.

As for his distinct features, Richard had a decreased hairline and protruded ears.