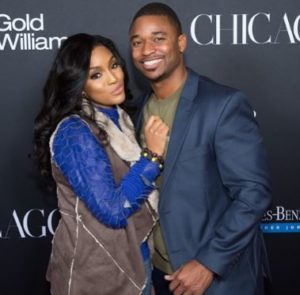 Dance movie Step Up’s actress Drew Sidora was all set to appear on the new season of The Real Housewives of Atlanta (RHOA) making her debut as a reality star. Ever since then she, her husband Ralph Pittman Jr, and their three kids have been a center of focus.

Scroll down as this Ralph Pittman Jr wiki details on Drew’s husband entirely along with other details on his life.

Based on that, Ralph Pittman Jr. owned Aquarius as his zodiac sign.

Ralph Pittman Jr was born to his father Ralph David Pittman Sr. and his mother Sherine Pittman. While no information existed on his mother, his father owned and ran Absolutelyontime Car Services.

More on Ralph’s siblings, all except Phillip Hawkins is married as of the time of this writing. He and his siblings organized a public viewing of their father in Homeland Avenue, Greensboro, North Carolina followed by a proper funeral at Wadsworth Congregational Church Cemetery at Whitsett, North Carolina.

Delving into education, Ralph Pittman Jr, after completing high school, attended Rutgers University where he studied Business Economics. He graduated with a bachelor’s degree in 2006. During his time in college, he also played football and also studies music theory.

Ralph Pittman Jr stands tall at an average height of 5 feet 6 inches (1.67 meters). He weighed not more than 73 kilograms (160 lbs) at the same time around.

Moreover, Ralph keeps short hair and is always dressed well. His loveable personality is further accentuated by his delightful smile that he never forgets to put on.

Social media has helped Ralph immensely to establish a successful career. His Instagram account saw a thriving growth and went on to earn 11k followers (Dec 2020) in total.

After working for the company for three years, Ralph joined Sparta Systems Inc. where he worked as a business consultant. But in 2012, he quit his job at the company to join ADP after moving to West Coast in L.A.

ADP hired him as their account executive and worked there until he quitted his job there in 2014. Following that, Ralph Pittman Jr joined Monster in Chicago where he held the title of strategic account manager in healthcare.

However, starting in 2016, he started working for Gartner as an enterprise account manager. Later on, he ranked up to become a full-time Client Executive for the company.

Other than that, Ralph Pittman Jr. also founded My Mind Music — an American Music Enrichment and Wellness company that made therapeutic music to promote and improve quality of life.

He is also best known for his contribution as a musician in TV and film productions including Preacher’s Son an adaptation of Carl Weber’s bestseller novel based on the same name.

Meanwhile, along with a thriving career working as an advisor in fortune 500 companies, Ralph Pittman Jr also pocketed a handsome net worth of $800 thousand.

Ralph Pittman Jr found the love of his life in Drew Sidora at the time he met her. Not long after the pair met each other, the couple tied knots immediately.

The in-love couple exchanged vows and rings on 21 August 2014 and seemed happily married ever since. On Ralph’s Facebook post dated 24 August 2020, he hinted at a few details on the origin of his love-life.

“Happy 6yr Anniversary @drewsidora!! During our first 12hr date, I knew there was something special about you! Everything happened sooo fast, from “I love you” to “Will you Marry Me” to saying “I Do.” I proposed at sunrise on our rooftop in Marina Del Rey and 3 months later, we jumped the broom at sunset

Before Ralph, his wife Drew was in another relationship. She went on having a son from that relationship named Josiah. He went on to create a post on his Instagram dedicating it to all the step-dad out there.

He also noted that 2019 Christmas was the first time JoJo, as he calls him, met his biological father. This, as claimed by Ralph, was a huge day for his family.

Both musically talented, they designed and produced a music collection titled My Mind Music for Kids.

Apart from that, Ralph’s previous relationships and dating life remained a topic kept as a secret yet to be told.