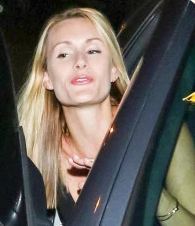 Talking to Extra, Dennis broke the engagement news. Per the interview, he took the knee while on a trip to Hawaii.

According to the “Parent Trap” actor, the engagement was a month and a half in the making. Admittedly, he wanted the setting to be intimate.

Dennis popped the big question to Laura who was taking a selfie. He had carried the engagement ring in his pocket.

Days before getting engaged, Laura and husband prospect Dennis were photographed on the beaches of Waikiki. They were previously spotted vacationing in Lake Como, Italy, and enjoying a meal at Craig’s in West Hollywood, California.

Back in June 2019, media outlets confirmed Laura Savoie’s romance with Dennis Quaid. At the time, the lovebirds had been dating for a few months.

Laura and boyfriend Dennis’s relationship initially raised eyebrows. In part because of the almost 39 years age difference between the two.

For context, Laura is a year younger than Dennis’ first child.

Tackling the very subject in a November 2019 The Guardian interview, Dennis defended his decision to get involved with Laura. Admittedly, he wasn’t seeking a younger woman when he first ran into Laura at an event. In the very sit-down, the veteran actor called his fiancee “a real partner.” 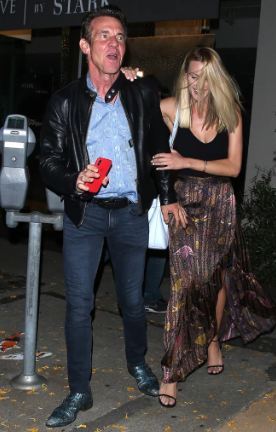 Before Dennis, Laura was in a relationship with actor Jeremy Piven.

For his part, Dennis enjoyed a two-year-long romance with Santa Auzina. He had begun dating Santa in 2016, shortly after splitting from his second wife Kimberly Buffington. The former married duo is parents to twins: Thomas Boone and Zoe Grace.

In March 2020, reports broke that Laura Savoie and Dennis Quaid had postponed their wedding.

Talking exclusively to US Weekly, a close source divulged the reason behind the changes in the plan. The insider said,

Laura and Dennis eloped to Santa Barbara. On 2nd June 2020, they then married one another at a seaside resort.

Per the publication, Laura and Dennis exchanged Bulgari rings and traditional vows. Only a pastor, who also served as an officiant, witnessed them share the I Dos.

On the big day, Laura looked stunning in a “Chosen By One Day” gown. Meanwhile, her groom appeared dapper in a Hugo Boss suit.

Born in the year 1993, Laura scales a little over five feet and six inches in height.

Since Laura didn’t own a Wikipedia profile (as of March 2020), extracting info about her biological parents, siblings and upbringing is a tough ask.

An academically gifted individual, Laura Savoie attended Pepperdine University after finishing high school. At the said Malibu-based college, she was a class valedictorian.

Furthermore, for her master’s degree, Laura joined the University of Notre Dame. She then enrolled at the University of Texas at Austin in their McCombs School of Business to ascertain her Ph.D. in accounting.

Given her model-like physical built, Laura could hold the job title of an aspiring model. A certified lifeguard, she worked at “Ernst & Young” as an auditor for two years.

With no credible net worth and a verified Instagram handle (as of March 2020), Laura remains an enigmatic figure.