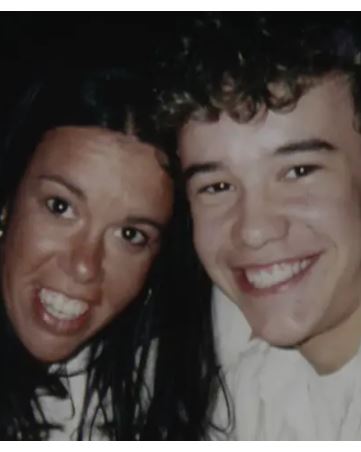 During the time of the COVID-19 pandemic, Netflix added yet another mystery crime thriller series on its library when it premiered six episodes of Unsolved Mysteries which baffled the United States from its core.

Among all the episodes, “13 Minutes”, the second episode of the show, rejuvenated the memory of the murder of Georgia-native Patrice Endres. Along with the premiere of the show, Pistol Black, the show she left behind gained traction with his name.

This wiki-article focused on the whereabouts of Pistol Black along with several other pieces of information.

After Rob Endres, Patrice’s second husband walked in their lives, the tension between Rob and Pistol escalated. As Netflix’s Unsolved Mysteries interview of Pistol unfolded, Rob was jealous of Pistol’s relationship with his mother.

On 15 April 2004, Pistol saw his mother for the last time before people found her dead and decayed. The passers-by’s testimonies revealed the day Patrice went missing, her car was parked outside of her salon at an unusual angle.

There was no telling on what went down and what might’ve happened during the “13-minutes” when Patrice answered her last call (11:37 AM) and (11:50 AM), the time of the first call she didn’t attend before she went missing.

Furthermore, no visible signs of struggle and break-in baffled authorities regarding the case.

In 16 years of Patrice’s death, two serial killers: Jeremy Brian Jones and Gary Michael Hilton were brought into light as suspects regarding her death. However, authorities ruled both of them out despite Jones confessed the murder.

As the mystery crime thriller showed, Pistol still mourns his mother’s death and hopes to get closure regarding the loss of the one whom he loved the most.

Pistol Black Wiki — Where Is He Now?

Immediately after Patrice went missing, Rob kicked Pistol out of his house and sent him to Birmingham, Alabama where Pistol’s grandfather lived. Later, Don Black, Pistol’s biological father got custody of him.

Pistol and his father filed a petition for the ownership of Patrice’s assets. But, Rob, as an immediate husband, won the right of the conservator of whatever Patrice left behind.

As of July 2020, Pistol resides in Villa Rica, Georgia.

At the time when Pistol’s mother went missing, he was reportedly attending high school. But following that, he never went in-depth to talk about whether he went to college or not.

Surely as a man now in his mid-thirties, he had several jobs to make a living, but that too escaped the public knowledge.

When Netflix aired Unsolved Mysteries, he lived in Georgia working as a Master Insulation Installer at JPI LLC. Moreover, like other info on him, he is yet to share how long he has been working for the company.

Due to the lack of access to his social media platforms, narrowing down his life-events turned out to be a Herculean task.

Netflix’s Unsolved Mysteries briefly glorified about Pistol’s father Don Black. Besides that, no further details on his parents grasped public attention. Surely, he played a huge role in taking care of his son helping him cope with his mother’s death.

He even assisted his son to get back all the belonging of his ex-wife but regardless. Nevertheless, Don Black deserved credit for earning custody of Pistol and taking him back to Georgia.

As for the physical appearance, Pistol Black stands at a height of 5 feet 10 inches (1.77 meters) while weighing approximately 86 kilograms (189 lbs).

As Pistol’s interview showed, she clean-shaved his head and had a few tattoos on his right arm.

Along with other personal details, Pistol Black avoided speaking on his partner. No doubt he has been in a relationship, but all of the Pistol’s romantic escapades are yet to see the light of the day.

He never spoke on the show about having a wife and kids. So, if any further updates on Pistol surfaces, be sure to check us out for further unfolding to do.