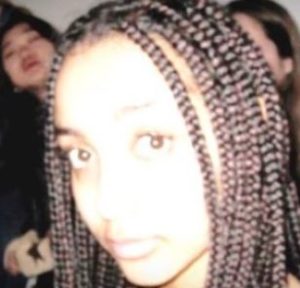 PinkPantheress is one of those musicians in the TikTok world who shot to the limelight after dropping her original track “Just For Me”. But unlike others, during the start of her career, the singer chose to keep her identity private, and never showed her face.

However, things are different now. With growing popularity, the TikTok star has decided to shed some light on her private life and provided her fans a treat with a face reveal.

Yes, PinkPantheress has done a face reveal. In August 2021, PinkPantheress took it to her Instagram to show herself, and captioned the post with, “but b4 I salute… lemme make sure those pods r charged rq.” 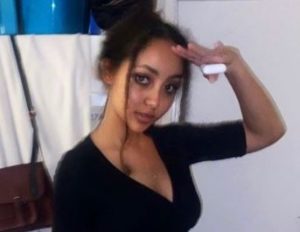 In case you missed it, PinkPantheress uploaded a picture of herself saluting with her left and her right trying to touch her back-bent leg.

So, why didn’t she show herself until now? Well, for starters, PinkPantheress shared that TikTok was a  “very crowded place,” and also there she didn’t feel the need to “overshare”.

“I do really respect my own privacy,” she said.

Also, PinkPantheress went on to add that she didn’t like the idea of her “music being on TikTok and doing its thing on there”, and her “face being thrust in people’s faces as well.”

PinkPantheress was 20 years of age in 2021 when she was basking in the starlight.

But her birthday was kept private then.

As of August 2021, it was too early for PinkPantheress to reveal her real name. Her fans called her “Per i-D”, and she preferred to keep it that way. “The audience that I have now is pretty much exactly the audience I wanted. I couldn’t ask for anything better,” she said.

If you are wondering how did the name PinkPantheress come to be, it was after a contestant on the British game show The Chase answered that a female panther was called “PinkPantheress.” The mirthfulness of the answer caught the TikToker’s heart.

Where Is PinkPantheress From? Is She British?

PinkPantheress hails from Bath, the largest city in the county of Somerset, England.

So yeah, she is British. However, her singing accent is more American-ish.

As we already know PinkPantheress was very private about herself. She didn’t even reveal her real name, let alone reveal her family and early life details. All that’s known was that she grew up in Bath, and attended London University later.

How Tall Is She? Her Height Revealed

PinkPantheress stands tall at a height under 5 feet 6 inches (167 cm).

Mentioning her distinct features, she has brown eyes, dark hair, and a triangular face.

Her Instagram only had 4 posts then. One of which was about her someday hoping to buy her own “loaded diaper van”. If you didn’t get the reference, it was a band founded by Rodrick Heffley in the movie Diary of a Wimpy Kid.

Aside from her own, there were also a few fan accounts dedicated to her over social media. Check them out @thepinkpantheressroom (over IG), and “Pink Pantheress OG Fans: (over FB).

What Genre Is PinkPantheress?

PinkPantheress describes her genre as “new nostalgic.” Inspired by artists like Lily Allen, Just Jack, Imogen Heap, and My Chemical Romance, she hopes to bring out her own new material to the music industry.

Also, the reason she posts “a snippet of something” over TikTok was to test if people like it or not. “If people like it I’ll go and record a full version… The algorithm is crazy on TikTok, you can post a video and you can have zero followers and it can do well,” she said.

Furthermore, PinkPantheress is also influenced by K-Pop as well.

As for her lyrical inspiration, it comes from Lily Allen. “Her storytelling is both hilarious but captivating,” PinkPantheress claimed.

Did you know: PinkPantheress’s hit Just For Me that has over a million plays, initially, only had 15 likes over Soundcloud.

The illustrative artist, PinkPantheress flaunted over $400 thousand net worth in 2021.

Starting her musical career while at college, PinkPantheress was initially criticized for “stealing” popular jungle and disco tracks. She then slowly started adding her music to streaming services, and more and more people began to appreciate her. The haters got minorized along the way.

As of 2021, PinkPantheress had over 9.5 million monthly listeners over Spotify. Her most popular tracks then were Pain, Break It Off, Just For Me, Passion, and Just a Waste.

According to PinkPantheress, it took her about an hour to write a track. “But it can take longer depending on the hour of the day,” she added.

PinkPantheress has come a long way. She has worked with producers like Mura Masa, signed a deal with Parlophone, and even got featured over GoldLink’s album. Moreover, the legendary band Rolling Stone even credited her for ushering in the “Alt-Girl Rap” era.

But PinkPantheress won’t just be fully pursuing music full-time (as of 2021). Instead, she wants to continue her education, and make music on free time.

PinkPantheress uses the pronoun “she/her”, and naturally fans were curious about her boyfriend. But as of 2021, the TikTok star shed nothing about her dating life. All we know about her was that PinkPantheress fancied the American actor, Evan Peters.

So, unless you are Evan Peters or carry his qualities, chances are slim…