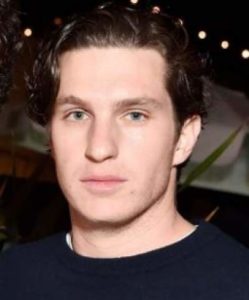 American model and fashion designer Sofia Richie seemed to have moved on from her split with Keeping Up with the Kardashians star Scott Disick. The on and off affair of three years came to end for good in August of 2020. Then shortly, October the same year, many speculated the youngest daughter of singer Lionel Richie in a new romance with a man named Matthew Morton.

Here’s everything you may need to know about the new possible-boyfriend in town.

Matthew grew up celebrating his birthday, every year, on the 2nd of July. So, one can say his zodiac sign is Cancer.

Matthew Morton’s father Peter Morton is a renowned American businessman, reportedly owning over $800 million net worth. He co-founded the Hard Rock Café, a chain of casual dining restaurants, along with his business partner Isaac Tigrett.

Also, his grandfather, Arnie Morton besides being the famous founder of the Morton’s Steakhouse chain was Hugh Hefner’s right-hand-man in Chicago in the 1960s.

Matthew was born from his father’s second marriage to Tarlton Pauley. His mother also gave birth to Matthew’s only biological sibling, a sister with the name Grace Morton.

The Morton-parents were married in 1990 and separated over divorce in 1997. Almost two decades later, the mother of two grown-ups took her very last breath.

Matthew’s half-brother, Harry Laurence, born to Peter, and his first wife Paulene Stone died at the age of 38 in November 2019. He owned the restaurant chain Pink Taco and the nightclub The Viper Room.

Matthew Morton, standing to a 6 feet and 1-inch height, appeared casually handsome in rocked a tan coat, a white T-shirt, and dark pants, as he appeared as he walked behind Sofie on the night-date. 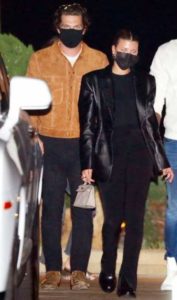 Matthew Morton and Sofia Richie out in town in October 2020 (Photo: BACKGRID)

Sharing frame with someone who has been featured in campaigns by several major brands including Tommy Hilfiger, Michael Kors, and Chanel, Matthew also appeared no less than any professional model.

Hopefully, we will get to see more of him in the days to come. Because, as of the date, it seemed he did not prefer to be stalked upon on his mucho private social media sites.

Obviously, like everyone in the family, Matthew Morton too is in the food business. Aiming to provide Americans with an alternative to drinking coffee, he co-founded Cha Cha Matcha with Conrad Sandelman. After he first tried matcha in Japan, he was quickly aware of its benefits which he calls the reason for introducing matcha to the States.

Around the summer of 2020, there was quite some controversy surrounding the business. Matthew and his co-founder were criticized for wrongly treating their staffers. They were accused of screening employees’ appearances during job interviews and also declining to pay employees for their final two weeks of employment amid the COVID-19 pandemic.

In a statement that followed later, they both admitted that “As a company, we have a lot to learn.”

For education, Matthew Morton, who reported a whopping net worth of over $50 million, studied BBA at the New York University – Leonard N. Stern School of Business.

Matthew Morton was spotted grabbing Saturday night dinner with Sofia Richie at Nobu Malibu on 17th October. The two were, wearing matching Covid-19 masks, were photographed leaving the restaurant together.

At the time of this writing, there was no concrete intel on what’s going on with Sofie and Matthew. But a source broke to US Weekly that, “They’re trying not to make a big deal about their relationship or about how serious it is. But they are definitely seeing each other.”

Thus far we are all aware of some part of Sofie’s dating history. But, Matthew too seems to have lived some equally famous affairs before her.

In the past, Matthew was also rumored to have dated Bella Hadid.

Circa November in 2015, Page Six had reported that he and the American model used to be an item. And also that they have been hanging out “again” since he started studying at NYU. Although later the news was dismissed, possibly with no evidence showing up.

Any R&B lovers out there who dig for a soulful voice from an up and coming talent, better listen to Joy...