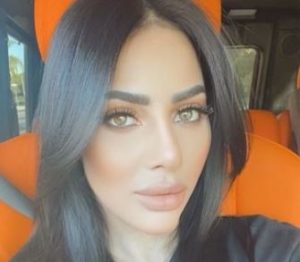 On August 22, 2021 ep of Shahs of Sunset, Mike Shouhed made a big revelation that he and Paulina Ben-Cohen were finally engaged. Guess, Paulina will be getting into her second marriage soon.

But what do you know about her ex-husband? Well, if the answer is not much, stay till the end of this Paulina Ben-Cohen Wiki to know all about him.

They say a lady never tells her age, and so did Paulina Ben-Cohen. But upon speculation, she couldn’t have been any more than 35 (as of 2021; when she got engaged to the then 42-years-old Mike.)

She celebrates her birthday on June 24 and is of the Cancer zodiac.

Though not much was known about him, Paulina Ben-Cohen’s father is of Persian origin. While her mother is is Jewish.

But it wasn’t Paulina’s Persian ethnicity, that encouraged her to form a bond with Mike. Rather, it was their “similar identities,” that brought them closer.

As for Paulina’s siblings, she has two brothers. One of them named Pej Ben-Cohen was a personal injury attorney of Ben-Cohen Lawyers PLC. He mostly fought for catastrophic injury victims and made it to the Super Lawyer Rising Stars list in 2007, 2008, 2009, 2010, and 2011.

Paulina Ben-Cohen is a beauty. Moreover, who can tell she is a mother of two? But it seems that not everything about her is natural.

In July 2020, Paulina share a picture of herself “playing around” at NewMedica Aesthetic Institute in Orange County. When asked, what was she doing at the cosmetic clinic, Paulina replied, “I just did a little Botox for preventative measures and had an IV therapy.”

Also, a fan asked over the comments if she ever had her lips done. To which, Paulina shared, “I’ve never done my lips before, just did preventative Botox.”

However, some were still dubious, if the star has had plastic surgeries as well. They compared her past pictures with current ones and speculated she might have had a breast augmentation.

Well, before the rumored surgery, Paulina Ben-Cohen had a size zero waist and seemingly smaller breasts. But she always had a voluptuous body.

According to Paulina, the secret to her fitness and beauty was a “healthy diet, boxing, and high-intense interval training.”

Did you know: Paulina was often told that she looked like Cher or Lady Gaga.

Paulina Ben-Cohen garnered a net worth of over $1 million by 2021. Likewise, her future husband’s Mike Shouhed then flaunted a stunning $3 million net worth.

Over her IG, Paulina labeled herself as a “blogger”, while over her Linkedin she mentioned that she was working with CO2 Cashmere. And from the looks of it, Paulina does seem to be involved in the Jewelry business, as she was always flaunting the merch over her socials.

Also, Paulina took her time out to entertain her fans over her Youtube channel “Mike and Paulina Shouhed”. They often did Q&A and trip vlogs. It had 4.85K subscribers as of 2021.

Paulina Ben-Cohen and Mike Shouhed’s first date (on July 19, 2018) wasn’t exactly filled with excitements or amusements as you’d expect it to be. Rather, they went to a Taco Bell, sat there, and talked for hours until a security guard came over and said, “You guys are having a lot of fun.”

Since then, a lot has happened, from Mike’s “sexting scandal”, to him apologizing publicly, to moving in together under the same roof, and finally getting engaged.

In case you missed that ep where Mike revealed his proposal. He said,

“I actually asked her son his permission to marry his mommy, and I gave him the ring, and we were in Hawaii, and I planned with the concierge where the most beautiful part of the beach was gonna be.”

Surprisingly, the couple didn’t sign a prenup then. As per Paulina, she wasn’t comfortable signing one. “I would not marry someone if I felt that I need to protect myself,” she said.

As of August 2021, Paulina and Mike were living together in the Los Angeles home they purchased back in May. They seemed to be contemplating their marriage and also thinking about adding to their brood.

Paulina Ben-Cohen’s ex-husband is an Iranian businessman named Tal Bahari. He is a business mogul who amassed millions of net worth. The reason for their split was due to “irreconcilable differences”, and a point to note — Tal was the one who filed for divorce.

The two finally finalized their divorce in May 2021.

Reportedly, Paulina’s ex-husband, Tal was supporting still her before the divorce finalization.