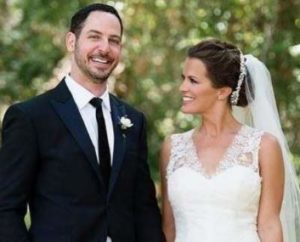 Melissa Claire Egan and her husband Matt Katrosar were overjoyed welcoming a baby boy on 23 August 2021.

The American actress, best known for her roles as Annie Lavery on All My Children and Chelsea Lawson on The Young and the Restless, thus, took to her Instagram to write “We’re awestruck by this little man and can’t believe he’s ours!” and more.

Meanwhile, the fans could not help but wonder about the handsome hunk by her side. And the Matt Katrosar Bio below is just that.

Matt, with the full name Matthew Katrosar, celebrates his birthday every year on March 21, and on this day Melissa often dedicated the likes of messages, “Happy Birthday Matt Katrosar. Love dancing through this life with you. ❤️” to him.

Melissa meanwhile turned 39 in September 2020. she was born in Pound Ridge, New York.

Matt Katrosar Family, Where Is He From?

Matt Katrosar, who is now a Santa Monica, California inhabitant, is originally from his hometown of Coral Springs, Florida.

Matt Katrosar resembles the likes of any good-looking lead performer in a regular hallmark romantic movie his wife is used to doing. He stands to a height of 5′ 11″ which towers well over Melissa’s 5’3”.

Matt also entertained some 2,143 friends on his ‘Matt Katrosar’ Facebook.

Matt Katrosar Job: What Does He Do For A Living?

As per LinkedIn, Matt Katrosar started working full-time as a vice president of digital sales, Pluto TV at ViacomCBS in November 2020.

Formerly, for more than a decade, Matt was in several roles of account manager, account executive, and director at CBS Interactive.

Speaking of his qualification, Matt studied Bachelor of Science in Marketing at the University of Florida from 1996 – 2000.

Matt Katrosar had below an estimated $700K net worth by August 2021.

IMBD also credited him for the two 2020 episodes of The Young and the Restless.

Due to CoVid restrictions, Matt was hired by the series to portray Chelsea, his wife Melissa’s character’s kidnapper. Matt portrayed an EMT on the show when Chelsea needed to be attended to. (Egan has famously been grifter Chelsea Lawson on the CBS soap since 2011.)

What they say is true, Melissa Claire Egan and Matt Katrosar could not be more in love. 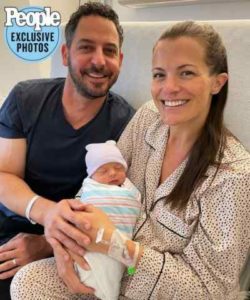 “Everyone is healthy and doing well, we’re so grateful for all the love and well wishes along our journey to get here,” the couple had PEOPLE.

So, it’s their only son and first child so far, although Melissa has had already experienced a couple of very dramatic on-screen births.

As happy as Matt and Melissa are, the journey to get here has been filled with lots of “tears, stress, sadness, helplessness, hopelessness, and two miscarriages.”

The two are indeed hoping to those who have struggled with fertility. Both have been willing to share and help other struggling couples.

The couple tied the knots over a wedding at a pastoral, ranch-style property in Santa Barbara on 27 July 2014. And the event had turned out to be ethereal and very rustic-chic just as they had planned it. On which the Inside Weddings had later commented — “the wedding was everything for which the couple had hoped: it was beautiful; it was memorable, and it was absolutely real.”

And long before that, on 14 June 2011, Matt and Melissa met for the first time set up by their mutual close friend. Date one, and Matt was sure this relationship was “real”.

“I can’t buy a T-shirt without spending hours second-guessing, but when it came to Missy, there was no question in my mind.”

Though Matt and Melissa had lived in New York at the same time, it was not until they both moved back to Los Angeles when they crossed paths.

Still, though it was Melissa who took the initiative. During their first date which continued for like six hours, Melissa had kissed Matt first.