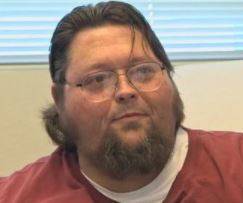 The first time James appeared on the screen, he broke our hearts with the words “Being obese is killing me. Yeah! I’m dying.” However, he then follows the statement with his desire to change, and live. In his words, “I’ve taken this fat for 40 years and I don’t want to be friends with it anymore.”

Keep reading this wiki to learn more about James Revier.

Previously, he weighed 480 pounds at his largest and had a goal of shimmering down to 220 pounds. So, after successful surgery and a regular diet routine, he was now at 170 pounds and still losing weight.

Moreover, he also didn’t shy away from revealing his goal to wear red spandex someday.

With unbound happiness, James shared it felt amazing now that he could wear size 1x shirts instead of 7x. Also, he was already wearing size 32 pants then. Thanks to the bariatric surgeon Dr. Bo Neichoy (who also happened to be his childhood friend), James now can wear his dream outfit, a “red spandex”.

Just in case you missed it, James and Dr. Bo Neichoy grew up in the same town and went to high school together. Over the show, we could see also James getting emotional about how Bo defended him when they were kids.

James Reevier was 40 years of age as he appeared on Obesity Med in 2021.

However, his birthday wasn’t revealed and neither was his zodiac.

James Reevier was raised in his hometown High Island, Texas by his loving grandparents. However, it seems that they loved him too much and let his diet go unchecked. According to James, his grandmother would always make “backwoods” meals, with a lot of oil and lard. Also, every portion the family received would always be huge.

Soon, he got bigger than everyone else and this harshly impacted his early life. He said that he had to sit at special desks in school just because he couldn’t fit in the regular desks. Moreover, bullying made it even hard for James to attend school.

Trivia: James was also on the school football team. Since none of the clothes fitted him, they had to tear two pairs of pants and sew them into one for him.

James Reevier stands tall at a height above 6 feet (182 cm).

Talking about his health, apart from suffering from obesity, James was borderline diabetic (a condition that develops before a person gets type 2 diabetes). Reportedly, almost 90% of people with type 2 diabetes were overweight or obese. So, if diabetes gets worst for James it might be harder for him to lose weight.

As of Feb 2021, James Reevier wasn’t found on Instagram or Facebook. He could be planning to start a new life with pictures where he enjoyed seeing himself. Then, he said that he owned the word “fat” and wasn’t happy with his physique.

James Reevier struggled to find jobs as he wasn’t in the best shape. As of 2021, he was enjoying his time as a reality star on TLC’s Obesity Med.

If you recall the episode where James gave Dr. Bo Neichoy “a bear hug” that “readjusted his whole spine”, Dr. Bo mentioned there that he last saw James at a party where he was the DJ. So, this could be a hint that James previously worked as a D.J.

Also, James was an impersonator as well.

Now that James has lost weight, we might soon be hearing about his new adventures.

James Reevier is a single father. He has four kids, whom he loved with dear heart. He said,

“The hardest thing is to look at my kids and wonder if I’m going to be here tomorrow for them, wondering if they’re still gonna have their daddy to get ‘em up in the morning, and you know, to love them.”

However, after weight loss, things were looking brighter for James. Also, it seemed that he had someone who he can count upon if need be — i.e. his cousin Janice who took the kids in with her husband, as James underwent surgery.