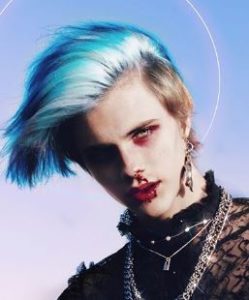 Believe it or not, Noen Eubanks began TikTok as a joke. By the Summer of 2020, he was one of the most influential figures on social media.

Keep on scrolling and discover Noen’s wiki info like his partner, height, and net worth. Also, tag along and find out if he was born a boy or girl!

Regarding his sexuality: Noen Eubanks’ androgynous always stood out.

As a result, curiosity grew as people online began debating if he was a boy or a girl.

From what we could gather from his interviews, Noen was born a boy.

However, Noen identified as a “flower boy” — a term the TikTok star used to eloquently describe his feminine aesthetic.

Also, Noen seemingly rejected the title of a “soft boi.”

Often used to describe a man who showcases softer aesthetics while embracing sensitivity, a “soft boi” is also emotionally manipulative. No wonder, Noen didn’t like being associated with the label.

Is Billie Eilish His Sister?

Because Noen Eubanks regularly switched his highlighter-hair and incorporated the color Neon, he drew comparisons with singer Billie Eilish.

Billie — who has a brother named Finneas — doesn’t share blood ties with Noen.

That said, the TikTok star acknowledged he was a fan of the “Bad Guy” hitmaker’s music in a 2020 interview.

Many might not know, Noen came from a family of four. He grew up with a big brother named Damon. However, contradicting reports suggested Noen had a younger sister.

The Eubanks siblings were thick as thieves from childhood. Therefore, when Damon joined the Marines in 2019, Noen struggled.

Also, by 2019, Noen felt uneasiness after his parents — who were divorced long ago — got remarried.

Alienated from his family members and bullied at school, Noen found solace in TikTok fame.

At the beginning of 2019, Noen was working at a pizza shop. Admittedly, he hated the job.

Everything changed once Noen spontaneously opened his TikTok account in 2018. His intention: to send his brother a joke.

Enthused by the reaction to the video, Noen began uploading more videos to the platform. What’s more, it was a perfect outlet to express himself while healing from anxiety and self-hate.

By July 2020, Noen had accumulated 10.9 million followers on the platform. Elsewhere on IG, some 3.2 people followed him.

Noticing his growing social media reach, fashion brand Celine made Noen its face in late-2019. By then, KYRA TV had signed Noen. With the deal, he became the first social media star to sign for the agency.

Furthermore, Noen signed with Facebook Gaming in June 2020. Four months earlier, he had graced the front page of “The Face.”

From all the monetary endavours, Noen Eubanks accumulated around $1.5 million in net worth.

From the moment he reached celebrity status, people began to speculate what gender Noen Eubanks would be dating.

Circa 2019, curiosity surrounding his preference came to an end. Towards the end of the year, Noen reportedly ignited a romance with Instagram star Abby Roberts. 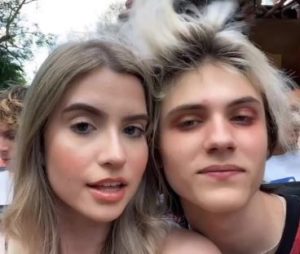 As Abby began popping on Noen’s TikTik and vice versa, dating rumors flared. For their part, the duo refrained from acknowledging one another as a romantic partner in the public.

It wasn’t until February 2020 that Noen finally began addressing Abby as his girlfriend. Online outlet “The Face” was the first major publication to confirmed their budding relationship.