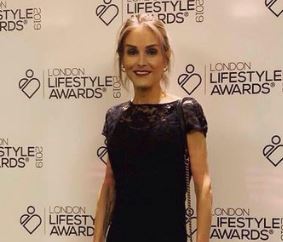 Reality star Nikki Grahame passed away in April 2021. The “Big Brother” fame was 38.

Continue scrolling and uncover Nikki Grahame’s husband, boyfriend, and net worth. Furthermore, discover her cause of death, siblings, and career.

Nikki Grahame Cause Of Death

With immeasurable sadness, Nikki Grahame’s manager confirmed the news of her death on 9th April 2021. March that year, the reality star had admitted to a private hospital as she was fighting an eating disorder. That very month, to aid her recovery, friends and fans started a fundraising campaign that raised more than $89 thousand.

Even Rylan Clark-Neal tweeted the link to the fundraising page. On 10th April 2021, an update read— “Nikki not only touched the lives of millions of people but also her friends and family who will miss her immensely.”

Meanwhile, the statement from the aforementioned manager confirming the tragic news read— “Nikki Grahame passed away in the early hours of Friday 9 April 2021. Please respect the privacy of Nikki’s friends and family at this tragic and difficult time.”

Brit TV presenter Paddy McGuinness tweeted— “Bloody hell, just read the sad news about Nikki Grahame. Definitely one of the stars from the glory years of reality tv. I met her a long time ago and she was a lovely girl. RIP young lady.”

Also, Channel 4’s Offical Twitter profile wrote— “We are desperately saddened by the tragic news about Nikki Grahame and our thoughts and deepest sympathies are with Nikki’s family and friends.”

Even Big Brother Canada tweeted— “Our hearts break for the loss of Nikki Grahame. Nikki will forever be a beloved part of the Big Brother family. Rest in peace.”

Nikki Grahame was born to her parents: Susan Grahame and David Grahame. So was her big sister, Natalie. After their parents parted ways, the Grahame siblings were raised by their mother, Susan. 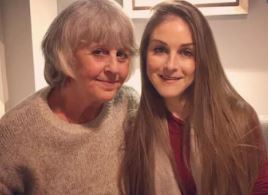 Moreover, Nikki was a native of Northwood, United Kingdom. Plus, her birth name was Nicola Rachele-Beth Grahame.

How Tall Was She?

According to Google, Nikki Grahame was 5 feet 1 inch tall.

More so than her tall, Nikki drew attention because of her weight. At an early age, she developed anorexia. It all started after her parents’ divorce, the death of her grandfather, and a remark about her weight.

From 9 years old until she reached 19, Nikki endured multiple visits to the hospital during her battle with anorexia. At 12 years old, she even tried to commit suicide by swallowing 22 paracetamols. Over time, Nikki also developed OCD.

Chronicoling her battle with anorexia, Nikki published two books: “Dying To Be Thin” and “Fragile”. The illness would eventually take her life.

At the time of her death, Nikki had more than 147 thousand Instagram followers. Meanwhile, she enjoyed around 132 thousand followers on Twitter.

From her showbiz career, Nikki Grahame accumulated beyond $600 thousand net worth. Sources close to the reality star hadn’t confirmed the reports.

Before hitting big as a reality star, Nikki was an aspiring actress. According to BBC, she appeared as an extra on “Eastenders”. Moreover, IMDB listed “Dream Team,” “The Family Outing,” and “Celebrity Juice” as his acting credits.

She also started in her own reality show titled “Princess Nikki” in 2006. “The Friday Night Project,” “8 Out of 10 Cats,” “Celebrity Coach Trip,” and “This Morning” were some reality TV shows starring Nikki.

Fans of “Big Brother” will remember Nikki for her rants and phrases like “Who is she?” and “It’s so cold”.

Opening about her experience on the show, Nikki once shared— “I hold fond memories of Big Brother, even though there were times where it looked like I was having a meltdown. Those meltdowns really were me, though. What you see has always been what you get – I can’t be any other way.”

Nikki Grahame met her future boyfriend, Pete Bennett during her time at “Big Brother”. She and Peter fell for one another in the house. The couple even enjoyed a brief romance after exiting the show.

Before he could become her husband, Pete Bennett broke up with Nikki Grahame. Their relationship didn’t even last more than a month; never mind a year.

Despite the split, Pete and Nikki remained friends. Opening about their brief romance, the reality star turned author claimed they weren’t meant to be but still loved him. She then added— “I hated it when I realized I was falling in love with Pete Bennett. It was never meant to be. But I loved him at the time. Truly, it was special.” 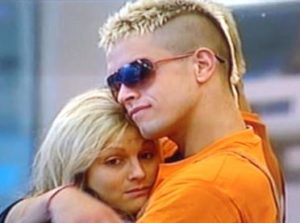 Weeks before Nikki’s death, Peter visited her in the hospital. Later, he would share a photo of them hugging on Instagram. He captioned the photo with the words— “Pete and Nikki March 2021 ♡ visiting my Nikki and still cuddling to this day :). Remember the fundraiser to help get her into a specialist anorexia clinic is in my bio! #savenikkig.”