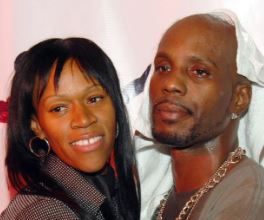 People pass away, but they are only truly dead when you forget them. A day after rapper DMX’s death, his ex-wife, Tashera Simmons took it to her IG to share a montage of photos — including a few of her childhood pictures followed by moments from her wedding with DMX.

A part of her caption wrote, “I celebrate my life today, grateful to God for the 50 years He has given me. But now I also celebrate my ex-husband, my best friend, my spiritual partner, my mentor.”

So, who is DMX’s ex-wife, keeping him alive in her memories. Keep reading this wiki to learn all about her.

Corresponding to her birthday, Tashera is of the Aries zodiac.

Trivia: Tashera whose maiden name is “Tashera Jamilia Draughn” was also called BooBoo by her close ones.

Tashera Simmons was born and raised in Yonkers, New York. That makes her of American nationality.

Her mother is a Panamanian, and her father hails from Brooklyn, NY. So, Tashera is an American through and through. Reportedly, her parents along with their 8 children moved to New York City, Yonkers in 1978. Unfortunately, at the time, they struggled with stress and drugs. So, unable to bear the burden, they abandoned Tashera and her siblings in 1985.

As the eldest sibling, Tashera then had to become the maternal figure. She attended school and also worked odd jobs at the same time to support her brothers and sisters.

However, she dropped out in the 11th grade. She says, “Life was my best teacher…. I turned my mess into a message.”

Her distinct features include — pink dyed hair (that’s she loved to put in braids), dark eyes, and a gap between her upper incisor teeth.

Her posts were filled with words of god, and a few personal pictures and videos.

A public speaker and entrepreneur of over 15 years, Tashera is the founder of Freedom of Truth. Inspired by her own life, Tashera started the company back in Feb 2010 focusing on women empowerment, and also moved on to helping poverty-stricken parents as well.

If you want to learn in detail about Tashera’s journey, go check her book “You Think You Know, You Have No Idea” published back on October 29, 2013.

Was Tashera Simmons Ever On A Reality Show?

Tashera Simmons first met DMX when she was 11. But was only after she turned 18, the two started dating. Finally, they tied the knot in 1998 and welcomed four kids together —  Xavier, Tacoma, Praise Mary Ella, and Sean.

After 7 years of marriage, Tashera, and DMX decided to go their separate aways, and another 7 years later, in 2012, Tashera filed for divorce. She claimed to move forward and focus on her family and independence.

“Marriage is complicated, and it’s even harder under the scrutiny of flashing camera lights, the media, and fans. Faith kept me by my husband’s side every step of the way and it has also changed me.”

“However, along with the wealth came the struggles. The relationship we once shared quietly became a public spectacle. The exposure started to become overwhelming as I desperately searched for any semblance of normalcy. My desire was to get away from the judgments, criticism, and harassment.”

The kids stayed with Tashera after the split. They have appeared a few times over Tashera’s IG as well.

Just in case you aren’t updated, DMX then went on to be in a longtime relationship with model Yadira Borrego and was engaged to Desiree Lindstrom before he passed away a week after suffering a heart attack in 2021.