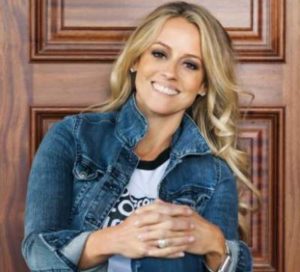 We remember Nicole Curtis as the host, co-executive, and consulting producer on the home renovation reality series Rehab Addict.

Originally premiered on the DIY network, the show, due to tremendous success landed on the HGTV prime time schedule.

Now, amid the release of the spin-off Rehab Addict Rescue, on Jan. 28, 2021, find out everything there is to about Nicole before she takes on the new challenge of restoring “old homes to their former glory”.

Nicole Curtis was born in Detroit and grew up in her hometown of Lake Orion, Michigan.

Sometime in 2016, Nicole’s mother revealed her family’s not so pleasant circumstances. She said she did not have a relationship with Nicole. Her side of the story was: Nicole had totally “disenfranchised” herself from her family, her mother, Joan Curtis, father, Rod Curtis, and brother Ryan Curtis.

This been said, Nicole’s issue with her folks worsened more since 2015 after Ethan, her son, moved in with her.

Nicole, a renowned licensed realtor, interior designer, and reality TV show personality was reported with a net worth of $7 million, way back in 2013.

The Better than New author started out on the journey in the late 90s, restoring the older properties that were destined to be demolished. She began with personal properties in Minneapolis, Tampa, Atlanta, and Los Angeles, before being offered to lead her advocacy for advocates for the ‘preservation and restoration of existing architecture’ on DIY (followed by HGTV).

It was March in 2010 when she decided to be on television leaving her job as a realtor at RE/MAX Results. And a few years later, as she enjoyed being on HGTV, she also joined the team of Keller Williams Integrity.

Nicole got pregnant with Ethan, her “Christmas Eve baby”, before she graduated from the University of Michigan. Word has it, she was only 20 years of age, at the time. (Just so you know: Nicole had originally intended to study law in college but later switched to education.) 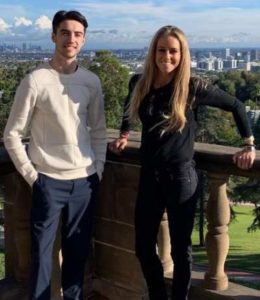 Circa 2015, in July, she announced she was expecting her second child, Harper, a son again. She did not have a daughter.

Also, sometime around the time, she was living in a renovated 1904 home in Detroit. But no one knew if she got any help raising Harper from Shane Maguire, Harper’s father, and Nicole’s ex. All we know is, in 2018, they came to a custody agreement following a years-long legal battle. Reportedly, the estranged lovers agreed to share joint custody.

The deal they signed in, said that neither one of them could put Harper on any medication for longer than 30 days without the other person’s permission and neither one of them could relocate without a penalty. And unlike other separation (Nicole and Shane were not married), no one is needed to pay for child support. Instead, Nicole was said to be funding a trust with $250K for her baby.

Nicole Curtis Boyfriend, Husband, Is She In A Relationship?

Although Nicole Curtis’s kids have been forever featuring on her social media, she did not find it important to constantly share about her dating life. Which is one of the reasons why her relationship status at the time, was not known for sure.

Even though she had parade her new boyfriend to the world some time ago in mid-2019, she did not update much afterward.

Without revealing the man’s identity, she had first captioned “New Jersey and my man with the beard …❤️” to a picture of them kissing passionately. 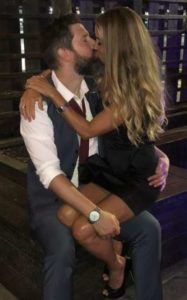 Nicole had shared more photos taken with her executive director boyfriend during their trip to New Jersey for the weekend.

Keeping up with her sharing mood, the reality Tv star exclusively gushed about her new man with PEOPLE. It was only then, that PEOPLE named the boyfriend for more than a year to be, Ryan Sawtelle.

Bonded after the one-year death anniversary of Nicole’s friend’s 9-year-old daughter, Nicole said she was beyond ecstatic about her romance with Ryan.

“I’ve been on my own so long that I never take a second of this for granted. He’s handsome, he makes me proud, he makes me laugh and we sing every song that comes on together: him in perfect pitch knowing every word, me, not even close!”