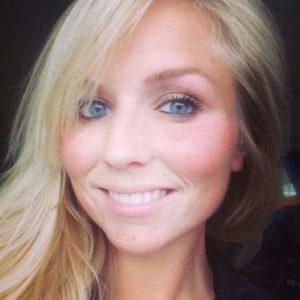 The widely popular reality show 90 Day Fiance launched its spin-off Love in Paradise: The Caribbean in July 2021. It featured four couples who met on various tropical islands, trying to figure out if their love was truly meant to last.

But among them, only one person caught our eye, Amber Graney. Why? Stay with this Amber Graney Bio to find out.

Corresponding to her birthday, Amber is of the Taurus zodiac.

Amber Graney comes from an adventurous family. Her mother was the cool-mom type that many children wish for. Tattoos, bike rides, kayaking, Amber’s mom did it all.

As for Amber’s siblings, she has two sisters named Lace (28 years of age in 2021) and Ashley Graney.

Talking about Amber’s hometown, she hails from North Carolina. The last we saw Amber visit her family there was in June 2016.

Also, Amber called herself an “Irish girl”. Seems like she holds some part of Ireland as well.

Her distinct features include greenish eyes, blond hair, and a triangular face.

You might not know but Amber Graney was once a chubby girl. Back in her college days (circa 2010), she was over 90 kgs (200 lbs). Yes, but she didn’t let that fact demoralize her. In fact, she said, “I have always looked in the mirror and found myself beautiful. Honestly, it was everyone else that had a problem with my weight, not me.”

However, after stumbling upon many who couldn’t look past her physical appearance, Amber decided to lose weight, and push herself to be better than yesterday.

Fast forward to 4 years, Amber had lost over 47 kg (105 lbs), and it was mostly thanks to her physical exercise and some to her plastic surgery.

According to her, the doctor only took off 2 kg (5 lbs) during the surgery.

Looking back at her journey, Amber shared that she didn’t want to remember how she looked. But, since it was an inevitable truth, “it shall stay there!”, she said.

Amber Graney didn’t share much about her job, but from the looks of it, she did earn quite handsomely. So handsomely that she even paid the WiFi bills of her fiancee Steven, and was all set to get him a new phone.

Seeing this, and taking into account the 8-year age gap between them, some fans were beginning to question if Amber was Steven’s sugar mama rather than his girlfriend.

As for Amber’s net worth, it remained unknown.

Apart from spending on her fiancee, Amber also spent quite generously on her travels. She has been to places like Ireland, Australia, and Puerto Rico.

In 2021, Amber already had an IMDB account credited to her time on Love in Paradise: The Caribbean, A 90 Day Story.

Amber Graney And Daniel Salazar: Love In Paradise, Still Together?

Amber Graney first met her fiancee Daniel Salazar back in early 2017 while she was vacationing in Costa Rica. In October 2018, the two then started their relationship and soon got engaged.

Steven then applied for a K-1 Visa application for the US, which Amber was shown spearheading.

As seen on the show, Amber reunited with Daniel after 12 months. “I’m definitely getting laid tonight,” she said. Unfortunately, the pair later got into an explosive fight and cursed at one another while dining at a restaurant.

After which, Amber spoke to the camera, “I feel like I’ve been in the dark because I don’t even know who you are.”

Overall, although it seemed like Amber was ready to tie the knot, her intense personality collided with Daniel’s laid-backness. Confessedly, she became more resentful and wondered if Daniel saw him as “mother,” rather than his wife.

So, this might seem as if it was the end of the duo, but well, you never know.

In a confessional, Daniel promised that he was “very grateful” for Amber’s financial assistance, and maybe he will just do right by her.

As of 2021, the question if Amber and Daniel were still together remained a mystery.